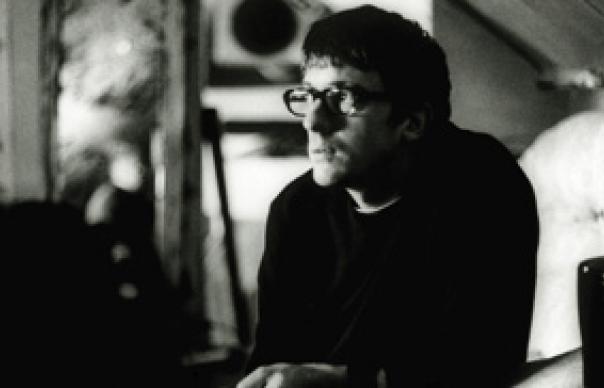 While it’s tempting to think of Damon Albarn as Blur’s most restless and evolving member, it’s worth remembering that all four members of the group have not been slow to experiment with change. The years since ’97 have seen Dave Rowntree turn from drummer and aviation enthusiast into animator, candidate for office and pro bono trainee solicitor. Alex James has reformed from roué and man about town to writer, broadcaster, and happily married cheesemaker. And Graham Coxon?

Well, Graham Coxon has the most long-standing reputation as Blur’s square peg. The arranger of some of the band’s most exquisite music, he was also agent of the strafing noise that helped the group find a way out of the falling Britpop market. The first to experiment with a solo career outside the confines of the group, Coxon was, it seemed, not even fully liberated by the purgative, half-formed skronking that comprised his first solo albums. He participated in cheerleading for the talents of British folkie Bert Jansch. He made two powerpop albums. A man given to radically changing his lifestyle, Coxon has likewise changed his methods, never staying in one musical place
for too long.

The Spinning Top, a really very enjoyable record, displays some of the finest aspects of the guitarist’s talents, but chief among them, those that pertain to Coxon the folkie, and acoustic guitar stylist. Of late he has been heard bringing some degree of togetherness and musicality to Peter Doherty’s Grace/Wastelands album,
and much of the same warmth and intimacy attends The Spinning Top. Candour, for a long time near the top of Coxon’s agenda, is here to be found in abundance. Whether it’s in the nakedness of his thin but affecting voice (on “Sorrow’s Army”), the lyrics (“Did myself no favours/Stay in every night…”) or the transparent nature of the influences (Bert Jansch, Nick Drake, and Paul McCartney’s “Blackbird” are key; folk bassist Danny Thompson is a guest), the 15 tracks here feel at first glance like a very guileless enterprise.

Avowedly a concept album charting a man’s journey from cradle to grave, The Spinning Top is, however, very far from the work of a wide-eyed musical innocent. Although the dominant mode is simple, acoustic and pastoral – on one occasion, birds tweet; “Caspian Sea” evokes the youthful?Granchester psychedelia of the early Floyd – this is a record that’s been made by someone perhaps rather more anxious to flex their muscles than perhaps they’re letting on. Reminding the world of his strengths as musician, arranger and tunesmith, Coxon is perhaps giving a public account of them before his prodigal son-like return to the fold
of Blur.

Opener “Look Into The Light” would, in this respect, seem to set the tone for the whole LP. On the surface, a breezy acoustic number, reminiscent of Nick Drake in its minor-key picking, the singer’s voice worn on his sleeve, it nonetheless contains the capacity to surprise and delight in unexpected ways. Early on, a beautiful arrangement of wind instruments gives the song a celestial lift; just the kind of intelligent pop arrangement that one would expect to have found on a Nick Drake track, or for that matter, on a Blur album.

“Blur-like” in fact becomes a formulation you find yourself turning to more and more with The Spinning Top. “If You Want Me” picks out its melody on a xylophone, before exploding into the kind of angular, spooky guitar oompah that characterised say, “He Thought Of Cars” from The Great Escape. “Dead Bees”, musically, is a cousin of “Beetlebum”. That band’s ability to incorporate wild noises into its pop compositions is found on the likes of “In The Morning”, which appears as if it may unspool into a Sandy Bull-style raga. The preceding “This House”, though raw, is still Kinksian in its melody and phrasing.
It’s this last reference which is probably the most telling. The album’s?many musical excursions and its professional agenda notwithstanding, The Spinning Top is an album with a strong unity of place, namely that it’s tied into a tradition of faintly whimsical, British songwriting.

Graham Coxon is swell bunch of guys, certainly, but of the power popper, the neurotic wannabe punk, and the English eccentric, it’s the last that’s the most rewarding to be around.

There’s some great Bert Jansch-style playing on the album…

I’m not as good as Bert – but I’m a huge fan of him, Davy Graham and Martin Carthy. And instead of thinking ‘It’d be wonderful to play like that…’ I thought I’d give it a go. So I sat down and tried to learn “Jubilation” by Davy Graham at 11 at night. I’d got it at five in the morning – I thought that was quite quick, considering. I just started writing songs that way.

So, it’s a concept album?

I had these songs, and I wanted to get them into some sort of order, and I thought that one way of doing that was to give them a story. I hadn’t written all the lyrics. So I put them in a story to get them in order. It evolved. The more I started to think about it the more nuanced it became, and then the artwork began to form.

How come it’s not on EMI?

We went our different ways. They were cutting the chaff from their books, and I was happy. To be honest I thought they’d done a bit of a shitty job on my last two albums. They’d put a lot of limitations on the kind of artwork I could do, and that was turning into a frustration.