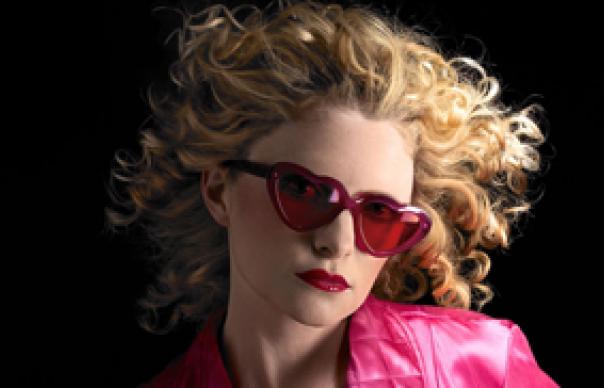 Where likeminded practitioners of synthesiser pop – from Ladytron to Rachel Stevens – have fallen by the wayside, the retro-futurist workmanship of Goldfrapp continues to sell by the truckload. They pack out arenas, they have proper hit singles, they soundtrack student discos and thirtysomething dinner parties, and find their music being used to accompany TV adverts and Goal Of The Month footage.

Now, just as Mute records were ready to push them into Depeche Mode-style stadium rock territory, Alison Goldfrapp and her accomplice Will Gregory have suddenly gone all minimalist and folky. Seventh Tree is Goldfrapp unplugged. It is a digital folk album. It is hand-knitted synth pop played around a campfire on dulcimers and autoharps and harmoniums.

It leaves you grasping for surprisingly arcane references. “Clowns” is all Bert Jansch guitars, Edward Lear lyrics and Nick Drake strings. “Little Bird” is a wonky nursery rhyme, accompanied by digital harps and cut-up drum loops, that slowly transforms into a dreamy Cocteau Twins ballad. “Happiness” recalls one of Goldfrapp’s Glitter Band-style songs, like “Strict Machine”, but played acoustically against a barrage of Peter Skellern-style brass bands, recorders and medieval vocal harmonies. “Eat Yourself” is the sound of Oliver Postgate meets the Neptunes.

The album loses momentum midway with a couple of dreary ballads, but quickly recovers for a rousing finish: “Cologne Cerrone Houdini” could be Nico singing a Bond theme and “Caravan Girl” sounds like Belle & Sebastian making a glam rock album in 1967 using Paul McCartney’s Mellotron.

It’s a brave, bonkers, often beautiful, sometimes haunting and occasionally ridiculous album. But full dibs to Goldfrapp as they steam through the space-time continuum in their glitter-plated time machine. It’s a pleasure to hear them retreat from a futuristic utopia of anti-gravity scooters and orgasmatrons and head for rural idyll in 13th century Albion.

UNCUT Q&A: Will Gregory
UNCUT: Did you use real guitars?
WILL GREGORY: Neither Alison nor I play guitar, so we’d play sampled guitars on keyboard. Then we’d ask friends to replay them on guitar, and realise that they’d need a million fingers. So sometimes the sampled guitar made it to the final round.

What were you listening to when you made the album?
Nick Drake, early Pink Floyd, the soundtrack to The Wicker Man. We spent a while discussing definitions of psychedelia – dreamy, mesmeric, hypnotic, out-of-its-head, woozy, with a little bit of space in it.

Are you going to tour folksy versions of your entire back catalogue?
We might. We want to use more acoustic instruments. It’d be nice to reorchestrate some old stuff, but you don’t want to get too Jeff Lynne. Before you know it you have Nelson Riddle-does-“Strict Machine”. Actually, that might be quite good…