The Bond movie that set the gold standard 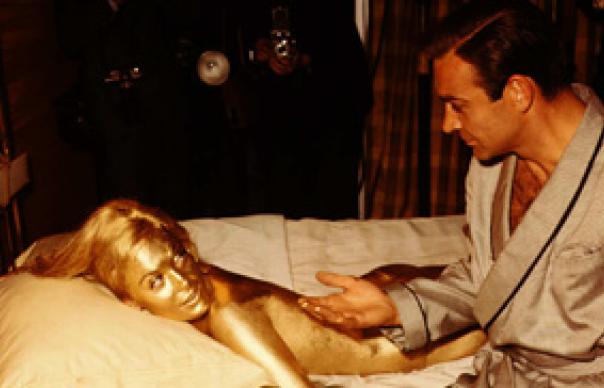 
It doesn’t matter which side you take in the eternal Sean vs Rodge debate, everyone can agree that this is where the template was struck for the Bond franchise. Reissued this month on a new print, it’s the first Bond movie to feature a pop star singing the title song (Shirley Bassey) and the first to fire up the Aston Martin DB4, with its recherche optional extras of ejector seats, revolving number plates and machine guns hidden behind the front indicators. It’s also the first time on screen that Bond asks for his Martini “shaken, not stirred.” This, surely, is Jeremy Clarkson’s idea of Hog Heaven.

Goldfinger finds Bond sent to investigate rotund megalomaniac Auric Goldfinger, who plans to contaminate the Fort Knox gold reserve to increase the value of his own private stock. Although running to a brisk 110 minutes, director Guy Hamilton still manages to squeeze in some of the most memorable images from the entire series, from Sixties’ It Girl Shirley Eaton covered in gold paint to Ken Adams’ cavernous Fort Knox fantasy and Bond’s eye-watering encounter with a laser beam. The script, from Richard Maibaum and Paul Diehn, has a deft lightness of touch and includes >ii