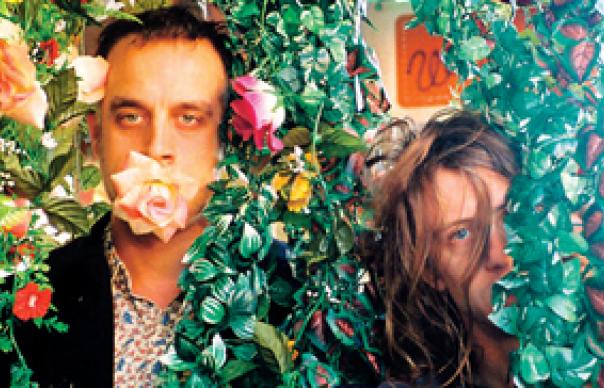 When Christopher Owens sings “Yeah, I’m just crazy/I’m fucked in the head” on ‘Album’’s pert opener “Lust For Life” you’re tempted to dismiss it as familiar “I’m mad, me!” posturing.

But then you learn that Owens was born into the notorious Children Of God cult and, since absconding aged 16, has a history of extensive drug use including a current predilection for heavy prescription painkillers.

What’s more, “Lust For Life” (along with most of ‘Album’) was written in the aftermath of a messy break-up with a girl who was both his live-in partner and bandmate. After all that, you’d be surprised if he wasn’t fucked in the head.

‘Album’ is certainly a schizophrenic record. Owens clearly fancies himself, but on the other hand his lyrics are often disarmingly direct – “I don’t wanna cry my whole life through” is the key line from glorious single “Hellhole Ratrace” – while the songs are performed with an intriguing, otherworldly detachment. Some of this is down to Girls’ lo-fi circumstances, some down to habit (Owens previously played with Ariel Pink’s ghostly pop outfit Holy Shit) and some, presumably, down to the quantity of pharmaceuticals consumed during recording. The results are pleasantly disorientating.

Something about the way Girls rummage romantically through pop’s charity shop is strangely reminiscent of Pulp. You’re also put in mind of MGMT’s winning psychedelic pop tapestry, but without the knowing winks. “I could make myself go crazy, crying over all the times I’ve chased a broken dream/ But what is life without a dream?” muses Owens, with the earnestness of a Rodgers & Hammerstein hero, on “Lauren Marie” – a kind of ’50s high-school space ballad.

‘Album’ lurches bizarrely from the heart-rending to the goofy to the simply spaced-out, but what it lacks in polish it makes up for with buckets of charm.