The revolutionary jazz poet who turned crack addict is finally forced to face his demons. 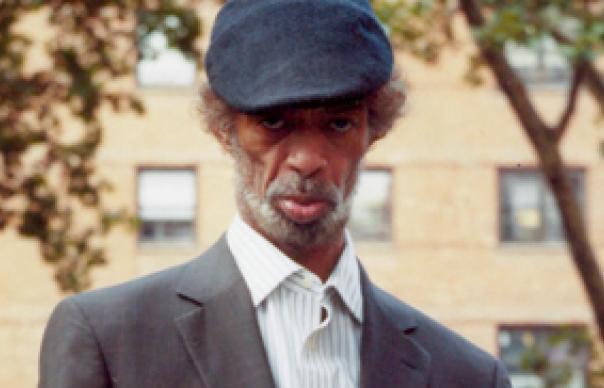 Anyone examining Gil Scott-Heron‘s career will be troubled by a profound paradox. Here is a hugely intelligent poet, jazz musician and political activist who spent four decades dispensing sage advice to black America – and ended up ignoring it all.

For much of the past 20 years, while playing to packed venues around the world, delivering Chomskian rants about injustice and singing anti-drug anthems like “The Bottle”, he was, according to one ex-girlfriend, living in a Harlem crack-house, cavorting “butt-naked with two-dollar crack whores”. Since being arrested in 2003 for possession of cocaine he’s spent most of the past decade ricocheting between drug rehabilitation programmes and prison. A depressing 2003 BBC documentary, directed by Don Letts, featured a toothless, mumbling Scott-Heron, who looked 20 years older than his actual age.

It was this sorry figure who was tracked down by long-term fan Richard Russell, boss of XL Records. Russell met Gil at the Rikers Island prison in New York in 2007, suggested a collaboration and, on Gil’s release, started discussing song ideas.

You could see Russell’s approach as a grand intervention, a way of forcing Gil to confront his demons through music. But, drug problems aside, Scott-Heron’s career has long needed rebooting. While he managed 13 studio albums between 1970 and 1982, he’s only made one since then (1994’s Spirits) and has long been stuck in smooth jazz purgatory. Whereas, say, Rick Rubin<.strong> might encourage the 60-year-old to revisit his early-1970s golden age, Russell drags Scott-Heron far out of his comfort zone. There is no Fender Rhodes for him to accompany himself, no cute wordplay, no witty Dr Seuss rhyming couplets. Instead, Gil recites bleak, highly personal poetry in his deep, chocolate-brown voice, while Russell provides harsh electronic accompaniment.

Russell’s twitchy industrial beats and spooky ambient sound effects sometimes evoke dubstep producers like Burial or (in particular) Various Productions, but they invariably provide contemporary clothing for the blues. “Me And The Devil” is a slightly clumsy Delta-meets-dubstep effort; better is “I’ll Take Care Of You”, a big, full-throated junky’s love song, where Gil’s hesitant piano chords are elevated by use of a sombre string section. Even better is “New York Is Killing Me”, in which Gil’s plantation blues growl is backed by a Timbaland bounce and a handclap riff. “Let me tell you that city living is not all it’s cracked up to be,” he hollers. “Eight million people and I didn’t have a single friend.” As Russell piles in eerie synths, female backing vocals and a dobro, it becomes a truly devastating panhistorical evocation of the blues, the missing link between Robert Johnson and Missy Elliott.

There is one other “proper song” – the title track is a faithful cover version of Smog’s “I’m New Here”. The other tracks are poems set to beats. The beautifully ironic “On Coming From A Broken Home” is a hymn of praise to the women who raised him, questioning our definitions of “brokenness”. Others are elliptical, apparently autobiographical, meditations. “Running” enters the mind of a man on the run. “I’m not running for my life/because I have to be running for something of more value,” he recites, over a clanking industrial beat. It segues into “The Crutch”, another bleak self-portrait. Most dramatic of all is “Your Soul And Mine”, which sees him reciting blank verse about a metaphorical vulture that is “standing in the ruins of another black man’s life” while an ominous Massive Attack string section rumbles on.

Not all of it works. Some of the drum loops sound a little dated, while the album’s brevity (28 minutes) and fragmented nature give the impression that Gil was only partly committed to the project; the finished article assembled, Bowfinger-style, without his knowledge. But, as a radical overhaul of a career, it’s a brave, brilliant and highly personal statement.