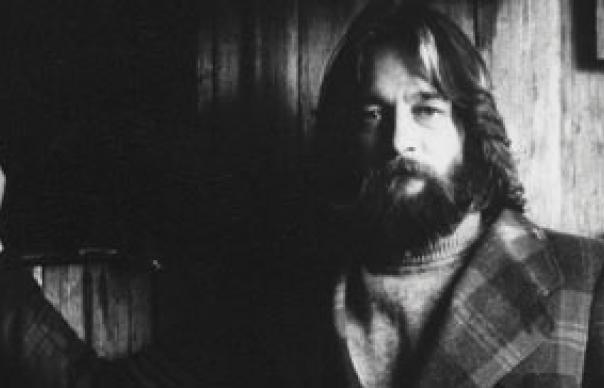 By the time Gene Clark arrived at RSO Records, Robert Stigwood’s disco house supreme, in 1977, the decade had beaten him up pretty badly. Three superb solo albums – 1971’s stark White Light, 1972’s Roadmaster, and the most dazzlingly ambitious singer/songwriter album of all time, 1974’s No Other – had elicited barely a nod from critics or the general public. His family had disintegrated, and drink and drugs were constant demons. His fall from grace would soon accelerate, when he embarked on a star-crossed reunion with his Byrds mates in McGuinn, Clark & Hillman.

The record Clark cooked up for RSO, Two Sides To Every Story, reflected the stress. Unfocused and misshapen, in places slick and staid, it offered up cover tunes, an old Dillard & Clark remake, and, in a take on Ronnie Hawkins’ ’50s-era smash “Marylou”, the single most awful cut in Clark’s oeuvre. This partly explains why it has been out of print since a CD reissue on PolyGram in the early ’90s. But there’s a reason why mint copies have been selling for up to £200 on eBay. Even with the chaos and missteps, this is a record that overcomes its flaws, offering moments of hard-won beauty and open-hearted grandeur from an artist fighting for his career.

Though producer/sidekick Thomas Jefferson Kaye was held over from the No Other sessions, Clark ditched his best touring band ever –the raw, lonesome Silverados – as recording got underway. Instead, pros like singers Emmylou Harris and John Hartford, pedal-steel ace Al Perkins, Dixie Flyers’ guitarist Jerry McGee, and fiddler deluxe Byron Berline were drafted in. Doobie Brother Jeff “Skunk” Baxter stretched the classic Clark sound into Toto territory with flashy guitar.

Yet despite all efforts to gussie up Clark’s sound into something tolerable for the FM-Top-40 crowd, Two Sides… was a record supremely out of time. With punk raging and disco poised for chart domination, “Home Run King” – a bluegrass homage to the innocence of youth and baseball great Babe Ruth – felt, for all its sly social commentary, hopelessly archaic, Norman Rockwell set to music.

In the fullness of time, though, “Home Run King” and a fine cover of Leadbelly’s lonely “In The Pines,” both featuring Doug Dillard on banjo, provide a striking echo of the duo’s halcyon country-rock innovations circa 1968-70. “Lonely Saturday”, a straight honky-tonk weeper likewise mines arcane Americana for inspiration, auguring a mythical Nashville record that could’ve really been something.

“Give My Love To Marie”, perhaps the only death-bed, black-lung ballad released on a major in 1977, cuts deeper. Amid Kaye’s dramatic strings, Clark leans into the teary emotion of this song – a traditional-style folk piece written by Woody Guthrie heir James Talley – with one of the best vocals of his career. Still, moralism was hardly Clark’s forte. It’s a song of concretes and absolutes – “There’s millions in the ground/Not a penny for me,” he croons in his vulnerable tenor – and Clark’s muse was far more effective hanging in the shadows, subtly confronting the mysteries of nature, time, love, and existence.

Which is exactly where Clark takes the album proper on its staggering final three tracks. With its haunting melody and mournful chorus, “Hear The Wind” is Two Sides’ pivotal cut, and perhaps Clark’s most graceful ballad ever. Similar to “The True One” and White Light’s title track, this is Clark at the height of his poetic powers, wading deep into the psyche of desire, enlightenment and redemption. “Past Addresses” is grimmer still, a prayer for inner peace amid personal disintegration (“My words can’t slight the truth to you/Tomorrow every trial of life is going to fall,” warns its protagonist) that gives way to a wistful dénouement.

“Silent Crusade,” which completes this trilogy, represents a catharsis of sorts, though it would be seven years until Clark’s next solo album. Less song than simple elegy for transcendence, it points to a lifting of burdens: “Please take me drifting far away,” he sing-speaks in almost ghostly fashion, “From the wordy and worldly explanation/Of the space we call today.”
Luke Torn