It may inhabit a fantasy world far away, but HBO’s epic saga stalks familiar territory... 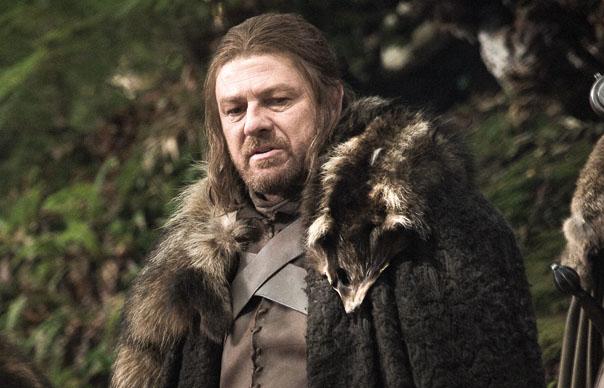 It may inhabit a fantasy world far away, but HBO’s epic saga stalks familiar territory…

Sky Atlantic’s launch promotion last year largely focused on two offerings courtesy of safe hands in the HBO stable. Boardwalk Empire (“from the makers of The Sopranos”) and David Simon’s post-Wire series Treme came pre-packaged with hallmarks of quality, presumably seen as easier “sells” than a drama based on a series of fantasy novels.

However, to dismiss Game Of Thrones as a run-of-the-mill swords-and-sorcery yarn that might have characters from The Big Bang Theory coveting action figures and tie-in role-playing software, would be a mistake. Not that creators David Benioff and DB Weiss played down the other-worldly elements of George RR Martin’s original A Song Of Fire And Ice novels, but neither did they ignore the stories’ broader themes.

Motifs familiar to earlier HBO successes are never far from the surface, be they political intrigue and power struggles (The Wire, The Sopranos, Deadwood) or troubled dynasties seemingly on the verge of collapse (The Sopranos again, Carnivale, Six Feet Under). This is meaty, multi-layered and most definitely grown-up television, its graphic sex and violence confidently underpinned by weightier concerns, not to mention superb direction, writing and performances.

Four rival dynasties battle for control over the Seven Kingdoms of Westeros, unforgiving landscapes where seasons last for years rather than months. As the series opens, our chief protagonist is Lord Eddard “Ned” Stark (chiselled jaw and steely eyes provided by Sean Bean), a man with family headaches at home and more pressing life-or-death issues of the fields of war. Elsewhere across the Seven Kingdoms, Prince Viserys Targaryen (Harry Lloyd) forges a new alliance to regain the Iron Throne. Small wonder Benioff himself, perhaps only half-jokingly, describes the show as “The Sopranos in Middle Earth.”

The “fantasy” tag may have initially been off-putting to some, but word-of-mouth boosted viewing figures and rapidly dispelled any notions that Game Of Thrones belonged in the same category as Xena or Hercules in the 1990s, or more recent 300 knock-offs like Spartacus. The action may take place in an ancient make-believe world, but the brutality, corruption, and all manner of other human failings are as tangibly real as in any modern-day drama.
EXTRAS: Featurettes, commentaries, character profiles.
Terry Staunton