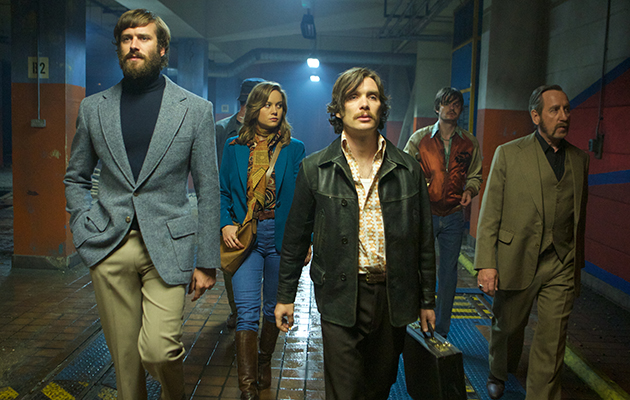 Across his brief but busy career so far, Ben Wheatley has established himself as one of Britain’s most exciting filmmakers. His peerless early run of films – Down Terrace, Kill List, Sightseers – spun through genres ranging from gangster to horror to black comedy, building towards his masterly Civil War psychotropic horror, A Field In England.

Since then, Wheatley has enjoyed a more elevated profile. He directed Peter Capaldi’s first two episodes as Doctor Who and steered an A-list cast including Tom Hiddleston through a baroque adaptation of JG Ballard’s High-Rise.

But the closer Wheatley moves into the mainstream, the less unique his films feel. Ostensibly, Free Fire is most accessible film, but it contains few of the flourishes that distinguished his earlier work.

Set during 1978, the film takes place over one night in a warehouse in Boston (in fact, Wheatley’s home town of Brighton, cunningly disguised). There, an arms deal is underway involving an unlikely group of ne’er-do-wells (Cillian Murphy, Michael Smiley, Sharlto Copley, Armie Hammer, Brie Larson among them). After a bad-tempered start, things go wrong at speed and a bloody shoot out develops.

Free Fire feels like an extended set-piece; it would work better as a fast and thrilling 10 minute sequence in a Walter Hill film, for instance. To Wheatley’s credit, the first half hour – before the bullets start flying, that is – are well handled. Wheatley has always been good at building tension and here he allows it to simmer as the various parties goad one another. But it lacks the idiosyncratic qualities of, say, Tarantino (an obvious antecedent) or Wheatley’s earlier films. The fire fight is handled with a kind of exhilarating glee, but it’s all very slight. Perhaps one to mark down as a palette cleanser between bigger projects as opposed to a major work from an increasingly prolific filmmaker.

Free Fire opens in the UK on March 31