Foo Fighters – In Your Honour 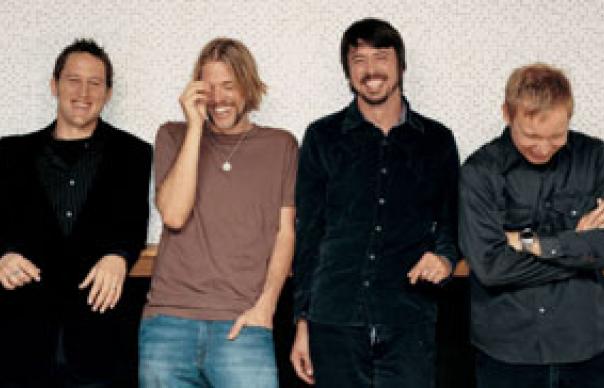 Recent stints playing celebrity sticksman with Queens Of The Stone Age and Nine Inch Nails, or marshalling a regiment of extreme metal’s great and good in 2004’s Probot project have confirmed Dave Grohl’s reputation as one of rock’s great dilettantes. Faintly flabbergasting, then, to realise that Foo Fighters – usually billed as “Dave Grohl’s post-Nirvana outfit”, or something equally short on fanfare – is this year celebrating its tenth anniversary.

Grohl, however, is aware of the Foos’ vintage. In Your Honour, he claims, is intended as a career landmark of the stripe of Led Zeppelin’s Physical Graffiti: an eclectic, heavyweight double-album, a “definitive” work. Sporting a concept (one ‘rock’ disc, one ‘acoustic’), a vague theme (the US Presidential Election), and a guestlist that should befuddle any attendant mosher kids (the Zep’s John Paul Jones plays piano and mandolin on “Miracle” and “Another Round” respectively, Norah Jones turns up for ‘Virginia Moon’, a sweet duet borne along on jazzy, brushed drums), it’s unquestionably the work of a band with ambitions rekindled.

While the opening salvo of In Your Honour is clearly inspired by Grohl’s experiences supporting John Kerry on the trail, not even the souring of the Democrat dream has sullied its triumphalist edge. Such is the Foos’ talent for breezy, one-size-fits-all optimism that even the unambiguous likes of “No Way Back” (“Pleased to meet you, shake my hand/There is no way back from here”) work outside their original context. Grohl’s dogged pleasantness, however, occasionally proves his Achilles’ Heel. “Hell” and “Free Me” do the Hüsker Dü with entertaining vigour, but by the close of Disc One, you’re hunkering for some light and shade.

Luckily, Disc Two mostly delivers. “Friend Of A Friend”, penned on a Nirvana tour back in 1992, is an uncharacteristically spiked critique of slackerdom that bears an eerie Cobain influence. Meanwhile, the chiming “Cold Day In The Sun”, fronted by drummer Taylor Hawkins, is a Ringo moment that’s pretty enough not to knock matters off course. And given the potential perils and pitfalls of the double-album, that’s surely enough to chalk this one up as a success.