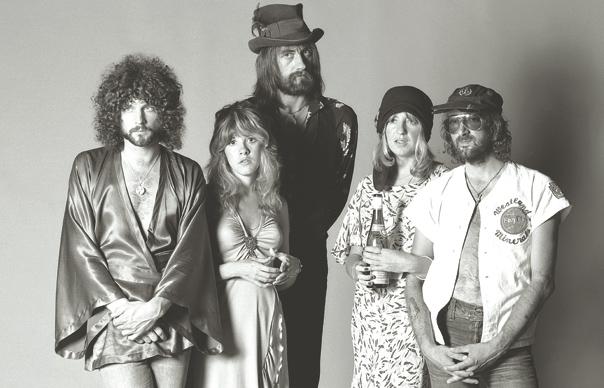 “Times were a lot crazier then – anything was possible. Budgets were not important and doing drugs was the norm. In the mid-’70s there was a sense that you could do no wrong.” So said an eyeliner’d Lindsey Buckingham, reminiscing in the 1997 Classic Albums documentary on the making of the ultimate classic album, Fleetwood Mac’s Rumours. Thirty-six years after its release – and with more than 40 million copies sold (so far) in at least 80 official international editions – you would imagine that every last drop, every demo, druggy anecdote and hazy recollection, has been squeezed out of one of the biggest records of all time, the eighth best-selling LP in history. You’d assume that anything worthwhile that could add to the enjoyment and understanding of Rumours must have surfaced by now. For a start, Mac completists and even fairweather fans will already have the 2004 2CD reissue that came with a full set of rough mixes and outtakes from those fabled album sessions at the Record Plant in Sausalito, just north of San Francisco. Worryingly, that same disc is included in this “super-deluxe” 4CD+DVD+LP boxset – a package designed to celebrate the album’s 35th anniversary but which actually turns up, as if stoned, the following year.

Like Star Wars or Snickers, there’s never really a bad time to reissue Rumours. Sooner or later everyone finds a way in to it – or looks for a way out, if your parents raised you on Rumours and Tusk in the ’80s. It’s the evergreen baby boomer blockbuster that eased Bill Clinton into the White House and now finds itself a post-ironic hipster lifestyle accessory; Florence Welch, for one, is an eternal student of Stevie Nicks’ cosmic witchcraft. Today, 45 years after they formed, Fleetwood Mac’s twilight period – commencing with 2003’s reunion for Say You Will and drifting through two further “reunions” for world tours, including one this year – has lasted far longer than the band’s vital, late-’60s incarnation.

And it’s all because Rumours is as near perfect an album as anyone will ever make, and its lurid backstory of emotional turmoil and narcotic excess, endlessly recounted in prurient detail, is never less than fascinating. Though short on wildly revelatory material, this boxset ties up a number of loose ends from 1976-’77, focusing on the period when the Mac set about recording the follow-up to ’75’s Fleetwood Mac, a surprise US No.1 and the first album made by the group’s new line-up after fate had parachuted in two young Californian dreamers, Buckingham and Nicks, in late ’74 to rescue Mick Fleetwood’s rudderless British blues outfit.

The chemistry between the five was immediately apparent. Now there were three distinctive songwriters in the group, Buckingham, Nicks and Christine McVie, who would also complement each other in harmony. Buckingham, the firebrand guitarist and craftsman, began to develop an intuitive musical partnership with McVie on piano that started with “World Turning” and led to them fleshing out McVie’s Rumours cuts such as “You Make Loving Fun”. His lover Nicks cast her spell with “Rhiannon” and “Landslide”. John McVie and Fleetwood, solid but soft, glued it all together.

Flushed with cash and confidence after the success of Fleetwood Mac, they headed to the free’n’easy hippy town of Sausalito in February ’76 to bed down in the new Record Plant studio, a dark, wooden, windowless den that for the next two months would amplify the band’s precarious emotional state. Though it worked wonders for the music, the longer they spent in each others’ company, the more unstable the inter-band relationships became. Exacerbated by cocaine and booze and the sessions’ no-limits atmosphere, the McVies’ marriage crumbled as Christine fell for the band’s lighting director, Buckingham and Nicks split, and Nicks began an affair with Fleetwood, whose own marriage was in trouble. Speaking to the BBC in 1989, Christine described it as a time of mellow drama: “Even though eveything was going wrong around us, somehow the music was great.” During the recording, she and Nicks rented separate apartments by the harbour, while the guys took over a house by the studio. “God help you, what went on in there,” Fleetwood recalls.

Tasked with extracting the songs from this soap opera were producers Richard Dashut and Ken Caillat, who worked exhausting 18-hour days with Buckingham to get exactly what he wanted. And much credit to them for unearthing the treasure on Disc 3. Compared with the full-band outtakes of Disc 4, these unreleased demos reveal Rumours in its naked state and shed new light on the songs’ progress. The evolution of “The Chain” can be traced from the chorus of a smoky Nicks acoustic ballad (called “The Chain”) on to which is welded the second half of McVie’s “Keep Me There”, formerly a bluesy shuffle named “Butter Cookie” included on Disc 4. Another Nicks song, “Gold Dust Woman”, starts life as a drowsy hoedown. Two tracks dated “2-4-76” show how driven Buckingham was in the studio: always a wonderfully natural player, he strums though “Second Hand News”, working out the words to fit as he goes, and loveliest of all, perhaps the one true gem here, is a duet with Nicks on “Never Goin Back” that he embellishes with a haunting solo. Throughout these sketches there’s never a sense of five people breaking up with each other in sessions Nicks has described as “like being in the army”.

In addition to Disc 2’s live set culled from various dates on the ’77 US tour, there’s an eye-opening DVD of the seldom seen 30-minute documentary The Rosebud Film, commonly known online as Rosebud, the name of director Michael Collins’ production company. Collins was something like the Mac’s official cameraman during the Rumours era and shot stacks of footage onstage and off. Word has it he’s currently putting the finishing touches to a longer Rumours film, having rescued the reels from his Santa Barbara home before it burned down in the 2008 wild fires. Rosebud captures the Mac lithe and hairy at an enormous outdoor show in Santa Barbara in May ’76 tearing through “World Turning” and “I’m So Afraid” and contrasts this with grainy indoor footage of “Rhiannon” and “Go Your Own Way” performed on a sound stage as they rehearsed for a proposed UK promo trip that autumn. Best of all are the candid clips that punctuate the songs: “I’m a legend in my own mind,” mumbles John McVie in one, while a radiant Nicks dissects the band’s image thus: “Lindsey’s all Chinese god in his kimono and I look like I’m going to a Halloween party, Christine looks like she’s going to be confirmed in the Catholic church, Mick’s going to a Renaissance fair and John’s going to the beach.”

A cute description of the five misfits on the verge of becoming the most famous band in the world. Having almost destroyed them, Rumours would change their lives forever. For all the baubles and padding presented with this definitive edition, the disc you’ll turn to again and again is the one you’ve been playing all your life.
Piers Martin