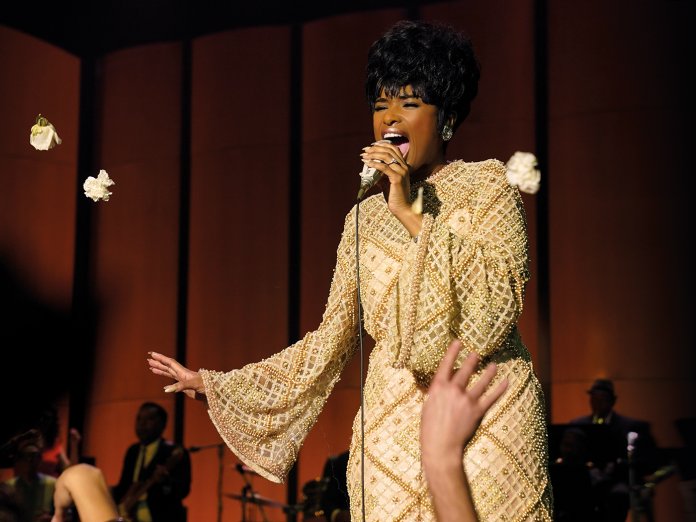 You expect biopics of musical legends to be awestruck, but this fictionalised life of Aretha Franklin suffers from reverence rather than respect. Starring Jennifer Hudson as the late soul legend, it depicts a woman struggling to find her true voice, and then, once she’s found it, to free herself from the oppressive men in her life – her authoritarian preacher father (Forest Whitaker) and abusive husband and manager Ted White (Marlon Wayans). Narratively, it comes across as melodrama, punctuated by earnest confrontations and scenes in which Aretha’s mentors impart sound advice (“Find the songs that move you”).

Along the way, it has its share of ‘eureka it’s a hit’ moments: Aretha and her sisters perfecting Respect at the piano, I Never Loved A Man suddenly taking miraculous shape at Muscle Shoals. It’s in those recreations of great musical moments that it comes alive, from those Alabama sessions, through 1968’s Paris Olympia concert, to the culminating 1972 gospel recording captured in the 2018 documentary Amazing Grace, which is presented here as the triumphant redemptive moment of a profoundly troubled life.

Jennifer Hudson comes across as a touch too glamorous from the start, never quite capturing Franklin’s distinctive combination of gaucheness and grandeur, but she’s nevertheless a winning presence, the expertise and exuberance with which she recreates the great songs at least distinguishing Respect as a superior jukebox tribute. Whitaker is imposing as her very imperfect idol of a father, Mary J Blige has a regally tempestuous moment as Aretha’s adored Dinah Washington, and Marc Maron imparts a welcome splash of humour as an exuberantly wiseacre Jerry Wexler.