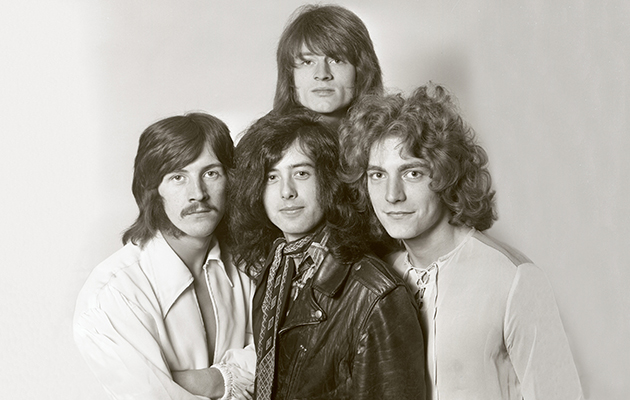 After a sneak preview at the Telluride Film Festival, Becoming Led Zeppelin made it’s premier at this year’s Venice Film Festival. Uncut was there to bring you this first look review…

The key word in new documentary Becoming Led Zeppelin, just premiered at the Venice Film Festival, is ‘becoming’. The film’s final section shows the last phase of their turning into a world-conquering force – their breakneck first year of existence, and the recording of their first two albums. But what really makes the film fascinating is all that happened before. Directors Bernard MacMahon (who made the roots documentary American Epic) and Allison McGourty have filmed new interviews with Robert Plant, Jimmy Page and John Paul Jones, reminiscing about their apprenticeship years. Page is seen as a shy budding skiffler on a BBC children’s talent show, while Jones remembers learning the tools of the trade from his vaudevillean parents. The late John Bonham is also heard at length, in a rediscovered 1971 interview for Australian radio, accompanied by home movie footage of him as a child.

Their generation’s standard memories of discovering rock, blues and skiffle in the 50s and 60s are illustrated by great clips – Bo Diddley, the Johnny Burnette Trio, Sonny Boy Williamson, about whom Plant tells a deliciously self-mocking anecdote. But it’s the personal confidences that stand out – including what amounts to a running joke about Plant’s long-term association with Bonham in various bands, with the drummer’s wife constantly pleading with him not to be led astray by the singer. A rich vein of anecdotes is found in Page and Jones’s busy history as session players, with Jones particularly emerging as an affable raconteur with a juicy portfolio of anecdotes.

Led Zeppelin itself gradually looms into view once Page tours America with the Yardbirds and moves them into a psychedelic mode – after which he starts building a new band, with Plant in the seat tentatively earmarked for Terry Reid. There’s not much grit about the ’60s-’70s music scene, however, and when it comes to notorious manager Peter Grant, we only get to hear how absolutely he believed in the band.

The Zeppelin content, though, including much rare and unseen performance footage, is nothing if not intense. Early band performances seen here include “How Many More Times“, with Plant letting rip on a Scandinavian TV show, and a ferocious 1968 Roundhouse date which had children in the audience sticking fingers in their ears in manifest alarm. They probably remember the trauma, or the thrill, to this day.