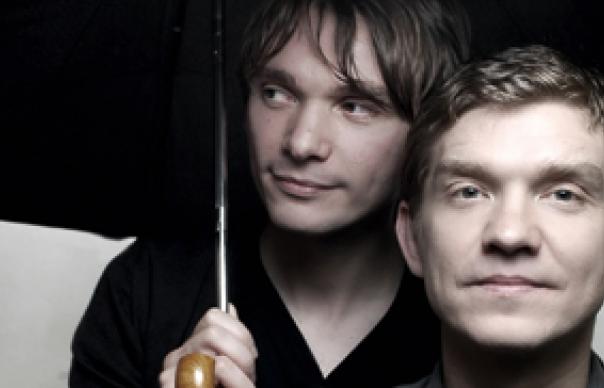 In Spring 2007, only weeks after the release of their underrated second album, Tones Of Town, Field Music glumly announced a hiatus. Miscast as quirky indie-popsters, they felt creatively suffocated, not to mention skint. Radical steps were required.

The Brewis brothers dissolved Field Music and instead joined the backing bands for each other’s solo projects: the brash, powerpoppy School Of Language for David; the glistening concept-driven poise of The Week That Was for Peter.

The ploy worked a treat. Not only was each solo effort a success in its own right, the adventure has unblocked their muses to such an extent that Field Music’s return to the fray is a double album – self-titled but with a nickname, in reference to Peter Gabriel’s series of eponymous post-Genesis efforts – that fizzes with confidence and invention.

In a pleasingly old-fashioned nod to the LP format, each ‘side’ takes on a distinct character: Side One, featuring anti-apathy anthem “Them That Do Nothing”, is urgent and peppy; Side Two’s swerve into proggier territory is signposted by “Clear Water”, David Brewis‘ attempt to pen a stress-relieving magic spell; Side Three is shimmery and contemplative, haunted by the nostalgic choral-folk refrain of “Curved Needles” (“Oh to be young again/ To be loved again”); while Side Four slides deliciously into piano-based ennui as they ponder “Something Familiar” – “Another wet summer to watch from the window/A matinee movie and a cup of tea” – amid ambient hubbub collected from their local Sunderland caff.

Double albums are typically meant to signify some degree of excess, but self-indulgence is an alien concept to Field Music, who seem to have a near-pathological fear of boring the listener. Their songs are stuffed to the gills with unexpected zig-zags but never resort to wackiness or dissonance. Middle-eights and codas become entire new songs, while the glorious chorus of “Choosing Numbers”, which rises like a phoenix from Side Three’s existential fug, is played only once and then discarded. These boys have hooks to spare.

David Brewis says that the band they listened to most while making (Measure) was Led Zep. Initially this seems like a cheeky bit of misdirection, since Field Music’s intensely disciplined aesthetic would appear to be the polar opposite of Page and Plant’s primal thunder. The Brewises don’t look like they could grow their hair long if they tried, and proudly declare that they never jam (every part on the record, save for the strings and brass, is played by one or the other of them, so jamming would be impossible anyway).

Yet you can hear how the guitars cut looser and bite harder than on previous Field Music records, pushing against their reputation for over-politeness. You even find yourself admiring the ‘licks’ of “All You’d Ever Need To Say”, before the song ducks nimbly into a jazzy sidestreet. Overall you’re put in mind of Todd Rundgren‘s formidable mid-’70s efforts, making up in variety, finesse and wilfulness what it lacks in raunch. If there remains a certain uptight quality to Field Music, then (Measure) turns it to the band’s advantage, thrilling you with its precision and relentless salvoes of punchy ideas.

You can understand why Field Music were miffed about being pigeonholed as a mere indie-pop outfit; (Measure) is streets ahead of the jangly naivety that genre tag suggests. The only other group currently delving into classic rock and pop with such skill and affection is Grizzly Bear, and (Measure) might just have the edge on Veckatimest in terms of vitality. The Brewis brothers may be at odds with
the modern world, but in this stunningly realised double album, they’ve created the ultimate sanctuary.

Q&A, DAVID BREWIS
Why did you choose to make a double LP?
Now we feel like we’ve redefined what Field Music stands for, we wanted to show it in the most explicit way, which was to make a really varied record. And it’s difficult to make something that’s concise and varied, so the good thing with a really long record is that it has a coherence all of its own. Like The White Album and Tusk – that was the sort of thing we had in mind, stupidly!

What are the differences between your and Peter’s songwriting styles?
Peter’s songs are more philosophical, whereas mine have become less abstract recently. He also has a facility for clever chord progressions so his songs have a musical knowingness. Peter mostly plays the piano, because my piano-playing’s awful. I mostly play the bass. We play drums on 10 tracks apiece.

Do you try to put a message across?
There’s never a message, as such. Although I did intend “Clear Water” to be a magic spell where everybody sings along together to get rid of stress. Most of my songs on this album are either about being stressed, or the eventual possibility of not being stressed. I struggle with the world at large a little bit, so basically I’m stressed all the time!