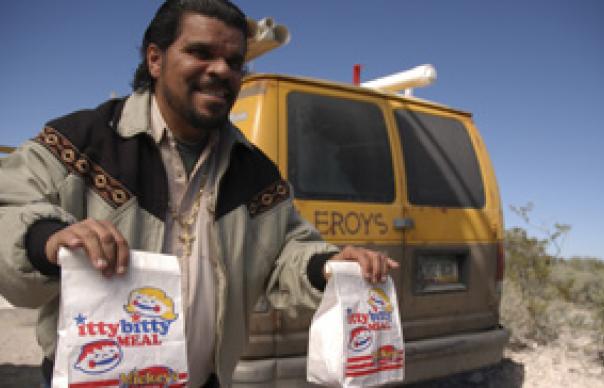 
If nothing else, Texan director Richard Linklater shows heroic ambition in seeking to dramatise Eric Schlosser’s hair-raising non-fiction best-seller into a Traffic for the meat industry. Although Schlosser was closely involved with the adaptation, Fast Food Nation distils the spirit rather than the factual avalanche of his book. This is no polemical successor to Bowling for Columbine or Super Size Me but a discursive, subversive ensemble drama told from multiple character viewpoints.

The talk-heavy plot delves into the ethical, environmental and nutritional abuses of a massive burger conglomerate. Greg Kinnear plays an anxious marketing exec suffering pangs of conscience over the company’s low pay rates, poor working conditions and grotesque treatment of animals. Among the large ensemble cast of mostly young unknowns, Bruce Willis stands out in a memorably hilarious cameo as a straight-talking, shit-eating meat mogul.

The flaws in Fast Food Nation are more structural than political. This is Linklater Land, so plot is episodic and dialogue expansive. Few hard lines are taken, and key characters evaporate halfway through. Even so, this level of intelligence and originality in any movie is always refreshing. Not quite a full meal, but it leaves plenty of food for thought.