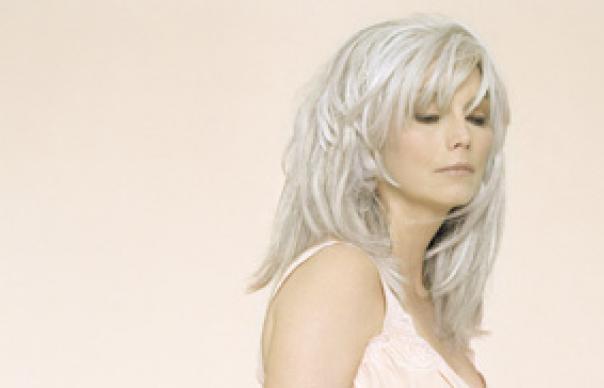 An earthy singer with an angelic, emotional voice and a penchant for heartbreak-in-song, Birmingham, Alabama native Emmylou Harris has cast a long shadow on every aspect of American music for some four decades. With deep roots in folk balladry, classic country, and celestial harmony, combined with a rare willingness to experiment with form, she’s a pivotal figure, an unlikely bridge from the Carter Family to Gram Parsons to Beck, with a canon rich in sorrowful melancholy and intrepid diversity.

Songbird, the latest in a long line of Harris anthologies and repackages, brings the full measure of Harris’ artistry into focus, 1968-2006, documenting ensemble work with Linda Ronstadt and Dolly Parton, duets with everyone from George Jones to Chrissie Hynde, and sterling half-forgotten interpretations of David Olney, Townes Van Zandt, and other fine songwriters. The DVD pulls together a scattershot of 10 clips, most dating from late ’70s/early ’80s.

Harris edited and sequenced Songbird and, as such, it functions as personal travelogue rather than a greatest-hits set. Nevertheless, die-hards might quibble with its redundancy: discs one and two are big on juxtaposition but short on rarity, recounting common album tracks, lesser-known Parsons duets, and one surprise–“Clocks”–an unrevelatory outtake from her disowned debut, Gliding Bird.

Still, the revelations abound on Songbird’s back half. The spare, shivering “All I Left Behind” is a hypnotizing, otherworldly work. Numbers from 1980’s Legend of Jesse James–especially “Wish We Were Back in Missouri”–have a gorgeously epic, big west feel (think The Band). Hank Williams’ “Alone and Forsaken,” cut with Mark Knopfler, is pure southern gothic spookiness, while Kate Wolf’s hymnal “Love Still Remains” is the obverse, Harris and Gillian Welch cradling its gentle melody like a newborn baby. Finally, Van Zandt’s road-weary “Snowing on Raton,” given a typically graceful, stately Harris vocal, is just about worth the price of admission by itself.

UNCUT: Songbird opens with the most obscure cut imaginable – an outtake from Gliding Bird, your pre-Gram debut, which nobody I know has heard.
HARRIS: I think my mother had all the copies – all seven.

It isn’t surprising that the first disc focuses in on your duets with Parsons.
I was starting to get very mechanical about music until Gram entered my life. You can only sustain yourself for so long in those clubs. It’s a bit of a grind. It’s very tough to be able to survive that and still have your passion. When I met him I was working constantly to support myself and my child.

Your career progressed in a bizarre way, as you went from being a country music darling to a renegade.
I’m almost ashamed to admit it, but at one point I said, “I did sing country music, but I didn’t inhale.” What I was referring to was what was going on at that period of time in country music. With a few exceptions, I just thought, “What has happened?”