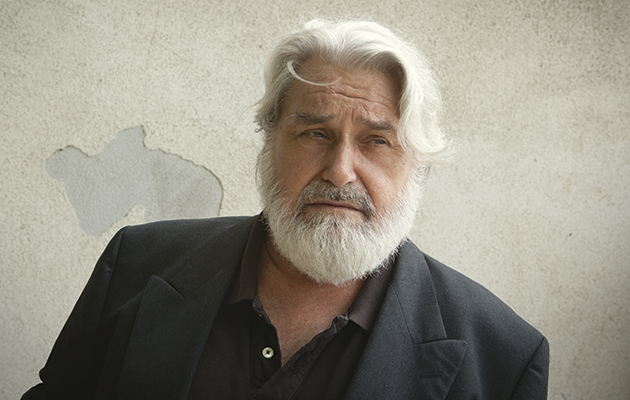 In the liner notes of 1973’s Farewell To Paradise, his third studio album, Emitt Rhodes sounds like a defeated man. “Someone said something about the world stepping aside when a man knew what he wanted,” he writes, with a tangibly dissolute air. “I’ve known for some time and the world hasn’t made it any easier for me. Those things I cherish most I worked long and paid dearly for.” Rather than the usual promotional flam, Rhodes instead appears to be saying goodbye. As it turned out, he was.

It had all begun so promisingly. He’d signed to A&M in 1966, aged just 16, and fronted baroque-pop combo The Merry-Go-Round, who scored regional hits in LA with “Time Will Show The Wiser” and “Live”. By the end of the decade he’d switched to ABC-Dunhill to realise his ambition as a solo artist. Bunkering down in a home studio behind his parents’ garage, Rhodes made perfectionist, piano-led pop with a sophistication and melodic beauty that ranked alongside the best efforts of Randy Newman, Harry Nilsson and Jimmy Webb. Perhaps most of all, his mellow tone and gift for a sweet hook led to frequent comparisons with one of his idols, Paul McCartney. Such plaudits seemed justified when 1970’s Emitt Rhodes made the US Top 30.

It wasn’t long, however, before his troubles started. Signed to a deal that required him to produce a new album every six months – an impossible task for a one-man operation devoted to complex, multi-layered pop music – Rhodes found himself on the wrong end of a six-figure lawsuit from his own record company. The dispute gradually crushed his resolve. After Farewell To Paradise, Rhodes went home, shut the door and more or less stayed put for the duration. “I just burned out,” he admitted to Uncut in 2010.

Rhodes’ personal life was in ruins too. His wife divorced him and the ensuing decades found him undergoing periodic bouts of depression and suffering from diabetes. There were a couple of aborted comeback albums, while his flame was kept a-flicker by an appearance on the soundtrack of The Royal Tenenbaums and, in 2009, a documentary about his career, The One Man Beatles.

But it was only in 2013, encouraged by artist/producer Chris Price, that he began to unveil a bunch of new songs that he’d been storing in manila envelopes at home. Rainbow Ends is the finished result. Producer Price has brought in a raft of admirers to serve as house band, including ex-Jellyfish duo Roger Joseph Manning Jr. and Jason Falkner, and New Pornographers drummer Joe Seiders. There are also cameos from Aimee Mann, The Bangles’ Susanna Hoffs, Wilco’s Nels Cline and Pat Sansone, plus members of Brian Wilson’s backing troupe.

Despite its many-handedness, Rainbow Ends is an intensely personal vision. Indeed, it feels more like a companion piece to his great ’70s work than it does a postscript. Rhodes often sounds like he’s still a broken man – rueful, pained by regret, unable to quite reconcile himself with his past. His heartache appears all too raw, for example, on “Dog On A Chain”, a song that has its roots in the late ’70s, when he was reeling from divorce. “You ain’t no good / I hear her say/Under her breath as she turns away”, sings Rhodes, his voice deepened by time, yet retaining its youthful sense of sweet candour, “I’ll take the car/I’ll take the house/I’ll take the kids and then I’ll turn you out”.

This theme of loneliness and rejection is a recurring motif on Rainbow Ends. And if it occasionally lapses into self-pity, there’s also a confessional aspect that feels unnervingly candid. On “What’s A Man To Do”, one of two songs dating from abandoned sessions with a group that included Richard Thompson in 2010, Rhodes baldly states: “I’m feeling empty/Hollow inside/Just so numb/Can’t even cry”.

The bleak pallor of Rhodes’ lyrics is in sharp contrast to the warm complexion of the album’s musical settings. These tunes are lacquered with the soft-rock sensibilities of the ’70s and ’80s, Price and the band creating bright, crisp arrangements with very little flab. This can be seen as both a strength and weakness. Lovely songs like “This Wall Between Us” and “Isn’t It So” (originally issued in sax-heavy form on 1995 comp Listen Listen) posit Rhodes in his natural habitat: the burnished balladeer making light confections of a heavy heart. At other times though, Rainbow Ends strays into slightly sappy MOR.

What ultimately shines through, despite all the self-admonishment, is Rhodes’ apparent willingness to move on, no matter how difficult it may be. The closing title track suggests he’s finally begun to open his eyes to the fresh possibilities that life has to offer a man nearing his 66th birthday. Moreover, he’s clearly rediscovered his appetite for making music again. And that can only be a good thing.

Q&A
CHRIS PRICE (PRODUCER)
What did you discover about Emitt as you got to know him over the last decade?
He was clearly a brilliant guy but was also clearly heartbroken. He seemed bitter about what happened in the past and, when I first met him, seemed as far away from making a musical comeback as you could imagine. I don’t know if it was just simply a jolt of inspiration from within, or maybe the fact that I was constantly showing him new music I was working on, but over the following years he slowly started to put himself back in a musical headspace.

Is Rainbow Ends effectively a sequel to 1973’s Farewell To Paradise?
Musically, it’s meant to serve as a big ‘What if Emitt had kept making albums in the mid-to-late ’70s?’ I think Farewell… gives several indications that he would’ve wound up becoming one of the AM Gold singer-songwriters of that era, on the same radio stations as Andrew Gold and 10cc. Emitt and I weren’t interested in reproducing the sound of his early albums, but I certainly wanted to create a sort of musical continuum, so that it would feel like a natural progression within his catalogue.

Do you think Emitt’s started to make peace with his past?
I’m honestly not sure if he ever will, but he’s in a much better place than he was 10 years ago. He’s a lot funnier and in better spirits. He also enjoys going in his studio again, which is a really big deal. Letting out all that emotion on an album can be very therapeutic. The song ‘Rainbow Ends’ seems to be the clearest distillation of where Emitt is at, emotionally and philosophically, today. He may realise that pie-in-the-sky dreams are just fantasies, but he’s also come to realise what’s really important. And he’s declaring that those are the things he wants to go after in his life.
INTERVIEW: ROB HUGHES