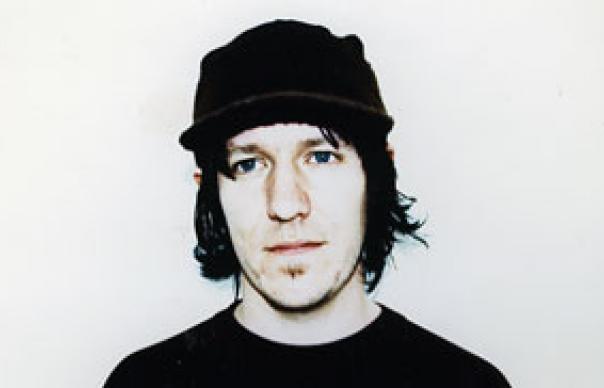 It’s always tempting, when contemplating the posthumously issued work of an artist who died young, and by his own hand, to lapse into letting the listening experience become an exercise in forensic detection, sifting every throwaway couplet for clues as to what went wrong.
It’s especially tempting in the case of Elliott Smith, who died of an apparently self-inflicted stab wound in October 2003. His favoured themes -and they are explored extensively in the songs gathered on “New Moon” – were wretchedness, addiction, dislocation and disappointment, and his exquisitely brittle vocal often evoked the sighing, resigning ebbing of the will to persist.

However, it’s a temptation that should be resisted. Regarding “New Moon” as a game of aural Cluedo would do scant justice to what, despite being essentially a bunch of slightly smartened-up demo recordings, sounds uncannily like a masterpiece. The 24 songs on this staggering collection were recorded between 1995 and 1997, in the same eruption which yielded the albums “Elliott Smith” and “Either/Or”. Only three have been previously released – the obscurities “See You Later”, “Angel In The Snow” and “Big Decision”.

The only track which will be familiar to most listeners is an early sketch, with different words, of “Miss Misery” – the song which, thanks to its appearance in the “Good Will Hunting” soundtrack, saw the always heroically morose Smith gracing the 1997 Academy Awards (in a travesty no less depressing for its inevitability, he was beaten to the Best Original Song Oscar by Celine Dion’s excruciating “My Heart Will Go On”).

Most of the songs on “New Moon” are constructed almost entirely from
Smith’s fluid acoustic guitar picking and plaintive whine of a voice. As
such, they’re in keeping with the material that appeared on “Elliott Smith”
and “Either/Or”, before he blossomed into the more opulent arrangements of “XO” and “Figure 8”. They are also, astonishingly, track by track, an easy
stretch better than most of what made it onto “Elliott Smith” or
“Either/Or”. This suggests that Smith either suffered from a grievously
deranged quality control meter, or was already governed by the same
perversity that would later cause him to refuse to play some of his
best-loved songs in concert. “New Moon” contains things of extraordinary
lachrymose beauty, even by Smith’s formidable standards.

Tracks like “Going Nowhere”, “All Cleaned Out” and the lovely, wry “Whatever (Folk Song In C)” could have been the bedrock of an entire reputation for a less prodigiously gifted songwriter. That Smith ever felt able to inter these as offcuts, out-takes and works in progress seems almost indecently profligate.

It may be that Smith, always hesitant and awkward as a public figure, felt uncomfortable with how lyrically raw and emotionally unsparing many of these songs are. If regarded as a complete body of work, (i)New Moon(i) is certainly Smith’s angriest record. There was always a bilious undertow to his lyrics – gentle snarls like “Easy Way Out” and “Somebody That I Used To Know” were part of what made him significantly more than just another dishevelled guitar-slinging troubadour – but many of these tracks positively drip with poison. “See You Later” is precisely the peremptory dismissal the title suggests.

“Half Right”, the softly sour closing track, is a witheringly accurate character assassination, taking down a target who has “a broken sink for a face/And a head that just takes up space” with a viciousness that would have pleased Phil Ochs. The one that really rears up and barks is “Looking Over My Shoulder”, a deceptively sweet, Roddy Frame-ish, cascading melody wedded to a Dylanesque invective about “Another sick rock and roller acting like a dick”. Smith’s own lyrics describe the song best: “Another ‘sonic fuck-you’”.

Those determined to read “New Moon” as the opening chapters of an unfolding Bukowksi-esque autobiography will find plenty of material – “High Times”, “New Monkey” and “There’s A Riot Coming” are all freighted with unsubtle (though effective) drug references, and there’s scarcely a song here which isn’t plagued by despair or at least bewilderment (even when, on this previously unheard “Miss Misery”, he croons the unfamiliar, ostensibly optimistic, chorus “It’s alright/Some enchanted night/I’ll be with you,” he sounds somewhat unconvinced). Obviously, any work of any art, at least if it’s any good, suggests something profound about its creator – and an uninformed observer hearing these weary, melancholy songs for the first time would probably be utterly unsurprised that their author found the end he did.

It’s also impossible not to hear “New Moon” at least partly as a rebuke to the cruelty of Smith’s failure to tame his demons – fine as these songs are, he only got better from this point, and there is no reason to assume that he wouldn’t have got better still. However, while what was lost with Smith is immeasurable, what he left was amazing, and “New Moon” is an appropriately spectacular monument.