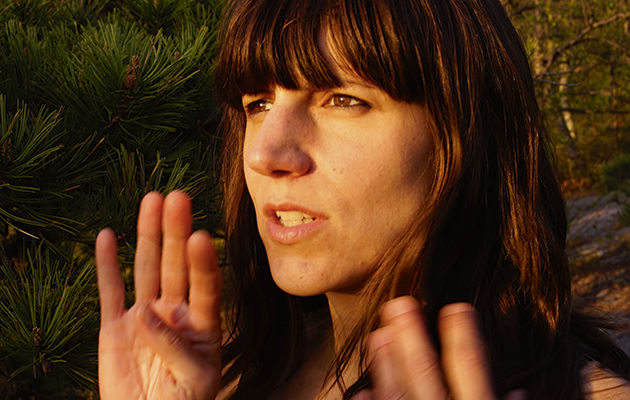 Beyond the zany travelogues of their songs, the Fiery Furnaces‘ very existence always suggested a fantastical world. They reflected a canon where the biggest bands of the 1960s weren’t the Beatles and the Stones, but Zappa and Beefheart. Arriving at the turn of the millennium, Eleanor and Matthew Friedberger progressed in tandem with another (ostensibly) brother-sister duo, The White Stripes. Where the latter’s experimental tendencies soon became pompous, the Furnaces always tempered their outré moments with silliness – even though the joke was sometimes buried deeper than audiences cared to delve. If only they had been the dominant pair, recognition might have come sooner for Eleanor’s excellent solo material.

There have been few clearer distillations of a band’s constituent parts than the Friedbergers’ post-Furnaces solo careers. The latest releases on Matthew’s undersubscribed Facebook page are speculative jingles written to soundtrack ads found in the pages of the Flatbush Jewish Journal and Urdu Times. It would be generous to call them wilfully obscure. Eleanor is the traditionalist of the pair, but a playful one. On her 2011 debut Last Summer, she applied the Furnaces’ picaresque outlook to her own life, setting sweet, surreal vignettes from her arrival in New York a decade earlier to songwriterly 1970s pop, shot through with a tinge of unease.

By 2013’s Personal Record, the lingering disquiet had been replaced by sun-dappled grooves inspired by Alan Hull, Duncan Browne, and Elton John’s Tumbleweed Connection. Friedberger said she wanted to make more “generic” music to allow more space for the listener; there were relatable songs about love and heartache, but also smart meta numbers about music’s role in those situations. “I am the past,” she sang on the track of the same name, “so please fill your boots/With memories you can pull up by the roots.” On “Singing Time”, she left an inattentive relationship, taking her tunes with her: “Let’s go my songs/One day we will know more.”

Friedberger’s first two albums were recorded in New York, and have an essentialness that conveys the city’s compact living and creative arrangements. (“I move from my desk onto my treadmill,” she sang on Personal Record’s “My Own World”.) For New View, she’s moved to an upstate pile, and the spaciousness is apparent – the album has a lived-in depth that suggests wood panelling, pictures on the walls, fields beyond the windows. Her first two records were written alone, adding the group and their arrangements later; this time around, she shaped songs with the band Icewater (also frequent Beck collaborators) from the start, aiming for the sounds of Robert Wyatt-era Soft Machine, Slapp Happy, and George Harrison’s “Love Comes To Everyone”. There’s a little Pink Floyd in there too, some faint country funk and lysergic warp, and the mid-tempo sophistication of Aimee Mann’s later records, along with an arresting looseness. Often likened to Patti Smith, Friedberger has always been a brilliantly expressive singer, imbuing her every word with a gentle electric shock. Here, she sings more, eschewing clever constructs to immerse herself in vulnerable, romantic experiences, and shines through as a subtly emotive vocalist.

New View is autumnal and warm, gilded by an array of vintage organs that Jon Brion would be proud to call his own. They usually nestle within the rustic fabric of these songs, though at the end of “Sweetest Girl”, one emerges with a gorgeous, wistful fairground choogle, while the revelations of a Before Sunset moment in “Cathy With The Curly Hair” are marked by excitable cosmic trills. Elsewhere, her songs end with shaggy jams that are giddy as they are languid. Even “All Known Things”, a rather formal tribute to a singular beauty, spirals off into a blurry, swaying finale.

Yet initially, at least, Friedberger avoids resolutions in her songs – melodic and otherwise – instead savouring off-kilter minor notes that help tell the story of what seems to be a relationship defined by false starts and protracted indecision. The chorus to gentle opener “He Didn’t Mention His Mother” is an unanswered Dr Seussian riddle (“A house, a chair and a rug/A mouse, a bear or a bug/Was it you, was it you?”), while a mysterious tone pervades the highly strung “Your Word”. Friedberger turns suspicious in “Because I Asked You”, a spiky interrogation about a paramour’s intentions. “Why would you want to dim the light/Or let that record play all night/Or scramble yolk in with the white?/Why would you wanna do that?” she demands briskly. “Because I asked you,” she realises, in a tumbling chorus that lasts just five seconds before she resumes her pointed questioning. Eventually, she lets that brief moment of warmth flood the song, conceding, “Because I love you.”

Friedberger’s agility as a lyricist is given; moments like this, that imply rather than spell out the tentative nature of new love after bad experiences, reveal her growth as a songwriter. Back in “He Didn’t Mention His Mother”, she distils anticipation, joy and wonder down to a touching understatement: “I so wanted something to happen that day/And then what I wanted, it happened/And that just don’t always happen to me.” “Two Versions Of Tomorrow” has a doleful, Charlie Brown vibe, and captures a stagnant crossroads in the relationship with a wry reference to her own work: “Listen to my old songs; two versions of ‘Tomorrow’.” The loose, jaunty closer “A Long Walk” boils down this once-uncertain love’s seasonal cycle to a single day, where the hours fly by in a fun, repetitious scheme as comfort sets in. Come 5 o’clock, “We found that just by chance we were walking hand in hand,” she sings, her cool voice exuding a lovely, confident tenderness. “We didn’t detach ourselves or catch the perfect view/But we kissed in front of strangers like regular lovers do.”

Admittedly, it takes a couple of listens for New View’s dusky tones to become distinct. Unlike Friedberger’s previous records, it unspools less like a string of postcards from an entertainingly flighty friend, more like a whole portrait of a heart. It’s comforting and surprising, full of trad sounds electrified by the off-kilter vision of an artist whose recognition as one of Americana’s finest voices is long overdue.

Q&A
How come you left Merge?
Nothing juicy. French Kiss offered me a better deal. I had a two-record deal on Merge, and that was up, and I wanted to see what my other options were. I really do like the idea of being with a label that’s based in New York. Psychologically it’s a lot closer than North Carolina.

What prompted your move out of New York?
I hate to sound like one of those people complaining about New York, but the main thing was not being able to afford to live there any more in the way that I wanted to live. Now I live about 100 miles north of the city. I bought this incredible house with a friend that would make no sense for anyone else. It has a few different buildings – the best part about it is this giant old factory next to the house, it’s very strange.

Did the move affect your creative headspace?
For me it’s always been about really putting my head down and getting to work, but I don’t see how it couldn’t affect me, being in the countryside – walking mountain paths instead of down Bedford Avenue or wherever the fuck I was walking in New York. Somebody who I gave the record to early on said, “you sound like you’re in a much happier place now.” It’s true. I am. So I hope that that comes through. To me it sounds very relaxed. I’m trying to figure out, why does it sound autumnal, why does it sound like it’s from and for open spaces? I don’t quite know why. It doesn’t work in the city.

The first solo album was written on piano, the second on guitar – how about this one?
I wrote them all on guitar. I tried to be a little bit more strategic than I had been in the past, like – I need to be able to play every one of these songs myself if I have to. There were a few cases where I didn’t have all the lyrics ready to go until the songs were very established, which is new for me. Usually I have almost a script ready where I’m just setting words to music. I didn’t want the lyrics to be as important as they had been in the past, believe it or not. There were a few songs where I did what I think a lot of people do, where I fit words to melodies that I already had in mind.

They’re more elliptical in parts – “All Known Things” almost seems like a sonnet.
That song is actually a little bit of a cheat. That’s a song I was working on for a really long time, and I liked it so much I wanted to include it on the album. That was for these shows we’re doing in conjunction with the Andy Warhol Museum, which we did tin the States last fall, where there’s five musicians scoring silent Warhol films. Dean Wareham organised the shows, Bradford Cox from Deerhunter is one of the other performers and so is Tom Verlaine, and Martin Rev from Suicide. That’s a song I wrote for an Edie Sedgwick film, it makes a lot of sense when you’re watching that. It’s happening at the Barbican in May.

On the last record you were inspired by a group of 70s British singer-songwriters. Was there a specific pool here?
That’s really my wheelhouse, I’m still obsessed with ’70s music. The way that Neil Young’s guitar sounds on “Down By The River”, a bunch of George Harrison stuff, I wanted to have some slide guitar on some of the songs. Maybe the most obscure thing was Slapp Happy – they made an album called Casablanca Moon, and then they ended up re-recording the whole thing, so there’s two different versions. It’s so fun – they have this really groovy sound that’s kinda like acoustic disco on some of the tracks, while others sound like German cabaret. There’s a song called “The Drum”, which I could listen to 100 times in a row. A big influence was stumbling on an estate sale of this guy who passed away. He had amazing stuff, including this beautiful ’60s Epiphone 12-string acoustic guitar, which I fell in love with. I wrote most of the songs on it. Pretty much every song we started with basic tracks of drums, bass, Wurlitzer, piano, and this 12-string acoustic, which really shaped the album.