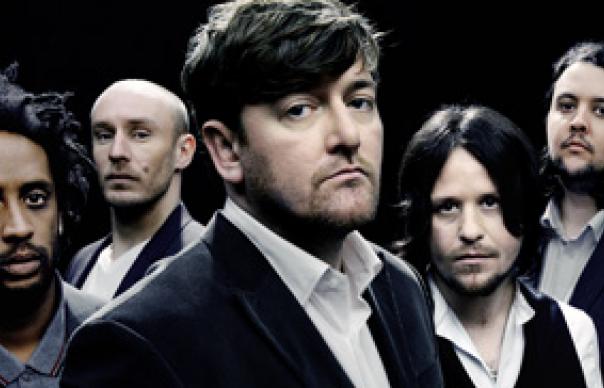 That they chose to record, produce and mix their fourth studio album unassisted says a lot about Elbow’s self-assurance. It also says something about the short shrift given them throughout their career – Fiction is their fourth major-label paymaster in seven years, so it’s hardly surprising that the Manchester five piece have learned to be creatively independent.

It’s difficult to understand why Elbow might have so spooked the industry’s horses. Their epic, orchestral rock is complex and ambitious but never smugly clever, personally expressive yet not morbidly self-obsessed, sweetly glum rather than oppressively gloomy. That fans of Radiohead and The Verve haven’t fallen for Elbow’s sophisticated northern soul is a mystery, but their latest effort deserves to trigger a large-scale love affair.
After exploring political themes with 2004’s Cast Of Thousands, here Elbow have reverted to the personal. The Seldom Seen Kid is, like previous LPs, a reflection of the band’s recent experiences– in this case, births, and the death of their friend, Manchester singer-songwriter Bryan Glancy, to whom the title affectionately refers.

The album works as whole – beginning with an eruptive blast of noise and ending with the gentle farewell that is “Friend Of Ours”. In between, Elbow explore life’s big questions, and the emptiness that can lie at the heart of an outwardly successful life. All of this is accomplished with the band’s traditional soft-pawed grace. At times, the band recall Talk Talk, Robert Wyatt and The Blue Nile, but “The Fix” – a comic polka that sees Richard Hawley and Garvey as con men planning a racing scam – is an excellent wild card.

Garvey’s voice is what most distinguishes Elbow, its sweet and scruffy soulfulness projecting real empathy and lyrical wit. “I’ve been working on a cocktail called Grounds for Divorce,” he sings in the single “Grounds For Divorce”. It’s surely one of the best opening lines of any pop song in years – and typical of a record that shows Elbow at the top of their game.

UNCUT: Is this a concept album?
GUY GARVEY: Yes – if that wasn’t such a dirty word. It’s a concept in that it’s about the period of time in which we were writing it. It’s about the age we are, the country we live in, and where we are in our lives.”

Do you agree that it’s Elbow’s most feminised record to date?
“That’s totally feasible, because through my radio show I’ve found I’ve been listening to a lot more female singer-songwriters than male. If it is the case, it would be thanks to people like Jolie Holland, Karen Dalton and Joan Wasser.”

How did the duet with Richard Hawley evolve?
We one of the greatest duets was “Fairytale Of New York”, because it descends into insults, so the original plan was to slag each other off via email and put it to music! But then I thought, What if it was a little bit more Jack Lemmon and Walter Matthau?