Eddie Vedder – Into The Wild 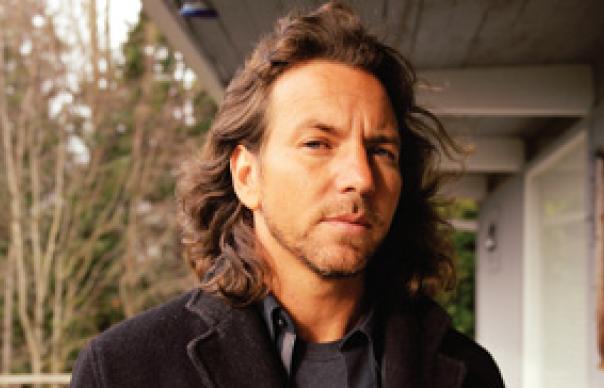 You can easily imagine Eddie Vedder’s inner Eco Warrior being more than unduly stirred by the subject of Sean Penn’s new film, for which the Pearl Jam vocalist has written the music.

Into The Wild, based on Jon Krakauer’s best-selling book, is the true story of Chris McCandless, who as a 22-year old walked away from the life he had known to date in the affluent Washington DC suburb of Annandale, gave away everything he owned and disappeared into the Alaskan wilderness to meet with nature in all its raw and savage beauty, dying there eventually of starvation.

For Krakauer, Penn and Vedder, McCandless’ rejection of society, and his quest to, as they say, find himself, is unquestionably heroic, a transcendent gesture. And so Eddie here answers what you might be inclined to describe as the call of the wild with a series of mostly handsome, jangly folk-rock ballads – acoustic guitars, banjos and the like to the fore – that musically have an attractively rough-hewn cast, evocative of the great outdoors and the things that happen there.

The lyrics to these songs are themselves sketchy, enigmatic, quietly rousing, windily romantic, redolent of majestic vistas, vast horizons, a landscape of personal liberation. The best of them, however, set such euphoric declarations against a glowering sense of foreboding, the woe to come when McCandless is reduced by hunger to a lonely death, a victim of his own hopeless idealism.

I’ve wondered since Ten what music Vedder, freed from Pearl Jam’s mighty stadium roar, might be capable of, where in a different setting his voice might go. He provided a fascinating hint via his duet with Nusrat Ali Khan on the Dead Man Walking OST, which took him somewhere he’d never been before and hasn’t returned to since. Disappointingly, as good as much of this record is, only the tantalisingly brief “The Wolf” brings him close again to that place.