1971: The Year That Music Changed Everything

Thrilling, enlightening but frustrating survey of the year they killed the ’60s 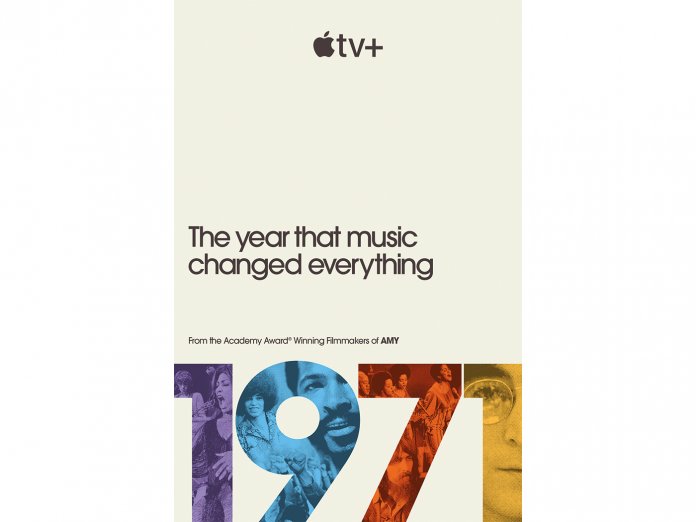 Right now you can find a whole bookshelf of pop histories eager to contend that any year from 1966 to 1984 was the one true year when rock, soul, punk or pop changed the world forever. On the face of it, David Hepworth’s 1971: Never A Dull Moment might be the most plausible of these: it’s hard to dispute the glory of 12 months that gave us Blue, What’s Going On, Hunky Dory, Tapestry, Electric Warrior, Tago Mago, Maggot Brain and There’s A Riot Goin’ On – to name but a few.

Apple’s new eight-part documentary builds on Hepworth’s premise but with a keener sense of how the music was embroiled in the roiling currents of history: Vietnam, civil rights, Black Power, feminism and LGBT+ liberation, the Cold War and technological change.

It’s a relentless cavalcade of astonishing material: from John Lennon giving a preview of “Imagine” in his Ascot mansion before getting an update from Tariq Ali on the geopolitics of Pakistan to a young girl literally biting a lock of hair from the head of Marc Bolan; from David Bowie debuting a shaky Changes as dawn rises over Glastonbury to Tina Turner, imperiously singing back to Ike on I Smell Trouble.

It feels churlish, then, to have reservations. Nevertheless, a lot of 1971 falls frustratingly between stools, unsure if it’s a compelling episode of the old BBC show The Rock’n’Roll Years or a particularly overwhelming Adam Curtis doc. By lacking a clear narrative line or critical point of view, and grouping madly disparate events into broadly thematic episodes, it lacks focus and risks tokenism.

If you’re mainly interested in the music, you might be bored or bewildered by the extended focus on the pioneering PBS documentary An American Family or the Oz court case. If you’re keen to know more about the Black Power movements, or how musicians were informed (or not) by feminism, you might feel short-changed by attempts to tie these issues up in a couple of 45-minute episodes (in truth each of these might be subjects for richer, more focused series of their own).

As an Uncut reader, you may find much of it overfamiliar: original interviews are scarce and there’s an abundance of old stories: Joni in Laurel Canyon, Elton at the Troubadour, Bowie meeting Warhol, the Stones at Nellcôte. With a few exceptions, the series skirts anything too proggy or non-anglophone – no Yes, Serge Gainsbourg or Fela Kuti, each of whom had remarkable 1971s.

But at its best, the series reminds you of the long histories of modern questions. “We were creating the 21st century in 1971,” says Bowie – and at times the show comes close to suggesting that between them, Bowie, Lennon and Pete Townshend pretty much invented modern pop, politics and the internet – not to mention Billie Eilish. But, most powerfully in Aretha Franklin’s magnificent Bridge Over Troubled Water at the Apollo in the wake of the Attica Prison uprising, it reminds us we haven’t come far enough.