Guided by Richard Hawley, The Twang remains, majestically, The Thang... 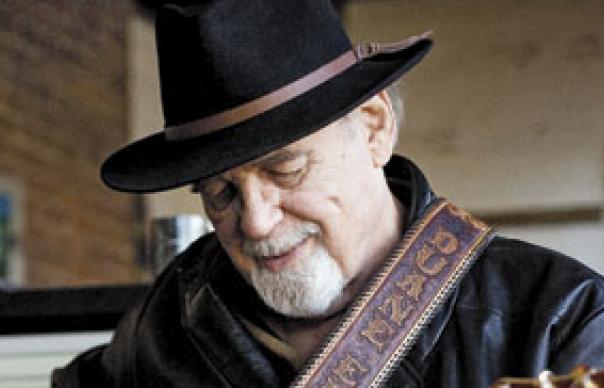 You will hear, occasionally, about musicians who have a “signature” sound.

Duane Eddy arrived at this point some time in 1957, when he recorded “Moovin’ N’Groovin’’ in the Audio Recorders Studio, a modest facility located in a strip-mall in Phoenix, Arizona.

Stylistically, Eddy was indebted to the great country player and producer Chet Atkins, who picked out simple, clean lines on his guitar. Eddy took this a stage further: his melodies bordered on the minimal, and were extracted from the bass strings of his instrument. To give them extra oomph, he doctored the wiring of his Magnatone amplifier – the question of exactly how still a matter of urgent debate among aspiring rockabilly guitarists.

So much for the physics. The chemistry in the equation was supplied by producer Lee Hazlewood. Hazlewood was yet to find his own voice as a performer, but as a producer, he made a significant stitch in the fabric of rock’n’roll when he embarked on a sonic experiment. Hazlewood took Eddy’s recordings and played around awhile, slowing the tape, creating depth and distance. You might say he added resonance to rock’n’roll. And so the Twang was born.

The Twang has been remarkably durable, albeit quiet of late. For Eddy’s first studio album in 24 years, however, we find him joined by a longtime fan, Richard Hawley. If he is anything, the former Pulp man is a classicist. In his solo career he has done a decent job of inhabiting, and updating, the persona of the rock’n’roll singer who walks a lonesome road (Hawley’s unique contribution – which shouldn’t be underestimated – is to locate Lonely Street in Sheffield).

Hawley is not the first musician to have the idea of disinterring Eddy – the Stray Cats’ Brian Setzer had a go, as did George Harrison and Jeff Lynne, and The Art Of Noise. But acting as producer (along with Colin Elliot, and using his own band, plus Ron Dziubia on sax), he shows great sensitivity to the sonorous qualities in Eddy’s playing. He doesn’t bring the desert to Yorkshire, exactly, but he has an outsider’s eye for a foreign landscape.

More than half a century later, the Twang still has the capacity to transport the listener, though by now the effect is coloured by the influence of the sound, and of Eddy’s musical obduracy. When the Twang twangs on “Bleaklow Air”, supported by a plangent piano and widescreen strings, it sounds like the end title music in a tormented love story. On “Desert Song”, the melody is tantalisingly familiar, but unerringly sad. “Franklin Town” is a spaghetti western waiting to be written. “Twango” is a bus-ride past Django Reinhardt’s ranch. And on the title track, the Twang offers a perfect embodiment of the mature Eddy sound, ambling rather than racing, but still full of poise and pathos.

While there’s nothing here that will startle the horses, the best moments are those when Hawley’s sensibility is most obvious. There are two such songs. “Kindness Ain’t Made Of Sand” cries out for a Hawley vocal, though the emotional expression of the guitar is eloquent enough. And “Rose Of The Valley” is simple and pretty, scatttering the petals of its heart-break from steeltown to Twin Peaks.

Still, there is no sidelining Eddy himself. He plays guitar the way Hemingway writes. These tunes sound ageless, and somehow inevitable, but much of the action takes place in the spaces between notes. Such pregnant silences sold a reported 100 million records for Eddy, but their echoes have ebbed down the generations, so that the brilliant vulgarity of a sound which once seemed to characterise the assertive, lawless lust of rock’n’roll now evinces a winsome quality. The Twang has been on an epic journey, bounced along blue highways by Hank Marvin and George Harrison and Bruce Springsteen, into the epic landscapes of Ennio Morricone and Angelo Badalamenti. An instinct which was once sexy and youthful and boastful now carries with it the perfume of nostalgia for lost youth. It has become a gesture, a dance step.
Alastair McKay