Among the residents of Treme, David Simon’s HBO drama series about the inhabitants of New Orleans in the wake of Hurricane Katrina, you’ll find a character called Delmond. Delmond, a talented jazz trumpeter, is a deeply conflicted individual. In the person of his father, he is tied to the ruined city, its historic music and its obscure ritual cultures. And yet, he is drawn to the East coast, where the ensemble in which he plays is in considerable demand. 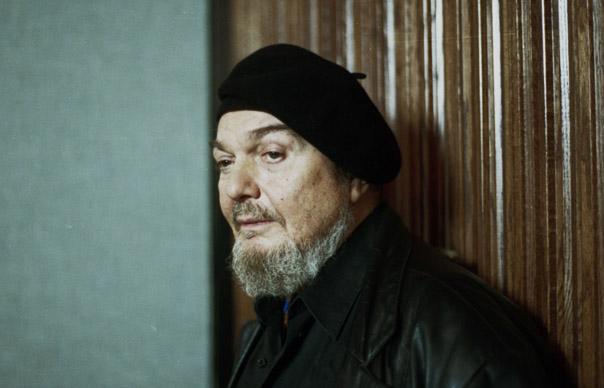 Among the residents of Treme, David Simon’s HBO drama series about the inhabitants of New Orleans in the wake of Hurricane Katrina, you’ll find a character called Delmond. Delmond, a talented jazz trumpeter, is a deeply conflicted individual. In the person of his father, he is tied to the ruined city, its historic music and its obscure ritual cultures. And yet, he is drawn to the East coast, where the ensemble in which he plays is in considerable demand. His New York friends insist that he shouldn’t feel troubled about his priorities: New Orleans jazz is old time vamping for tourists. It’s here in the big city, that you’ll find musicians doing something adventurous.

Mac Rebennack, the high priest of the rhythm ‘n’ blues keyboard who has for 45 years practised as Dr John, might well sympathise with Delmond’s plight. He’s a musician steeped in the history and practice of his local music, and his services are always in demand. As you’ll see from his own guest appearances on Treme, (where he plays himself), he’s generally to be found at tasteful, Later-like sessions, tracked by the cool hand of Allen Toussaint. His stomping ground, in fact, is much as you would have found it in 1974: heritage music festival, recording session, the company of old friends. Nothing wrong with it at all – this is his home town, his comfort zone.

As the liner notes to Locked Down make explicit, however, while this Mac Rebennack remains an incredibly cool customer, somewhere down the years since 1968, he has subdued his most flamboyant, adventurous and spooky creation: the theatrically-dressed voodoo practitioner who called himself Dr John. Sure, his records still carry that name, but what they have contained since 1971 – from easy funk, to takes on r’n’b standards, to jazz – is some considerable distance from the creepy incantations of his debut album. Just how producer Harold Battiste captured it we will likely never know, but 1968’s Gris Gris sounded like undead spirits accidentally and then only partially caught on tape, a peculiarly sinister undercurrent to superficially benign alternative culture, a topical strain that Dr John records, however mellow, have never entirely let drop.

What makes Locked Down different from Dr John albums of the last two or three decades is that it marks a – hugely successful – attempt by producer/collaborator Dan Auerbach from the Black Keys, to urge Dr John to re-engage with a more adventurous way of working. As with the last Black Keys album El Camino, all the music here was written in the studio, and it all gleams with new-minted urgency. All the credits are shared between the players (that’s Rebennack, Auerbach, drummer Max Weissenfeldt, bassist Nick Movshon, keyboard player Leon Michels and guitarist Brian Olive). Essentially, it’s the complete opposite of that fallback position of the artist in their seventh or eighth decade, the “Rick Rubin” Treatment.

Instead, Locked Down goes entirely the other way: this isn’t a record that seeks to embrace maturity, but instead wants to invoke the wild spirits of the artist’s misspent youth. On the cover, 71 year old Rebennack wears a mystical headdress that looks as if it’s made from Keith Richards’ hair. Inside, the band do everything in their power to make weird, powerful rock ‘n’ roll.

On the disc itself, the Dr John of 1968 isn’t exactly re-animated, but he is still audibly re-invigorated. If his recent post-Katrina albums have found Rebennack an angry cheerleader for his home city and its indomitable tribal feeling, with a generally unthreatening traditional music as his backing track, here Dr John dials back the public service announcements and lets fly. Throughout, Weissenfedlt’s beats (reminiscent on “Kingdom Of Izzness” and “You Lie” of 1970s African rock) are savage. The horn accents are sharp and soulful. Rebennack himself, meanwhile plays barely any piano, but instead the Wurlitzer keyboard and Farfisa – the latter giving jagged reminder of the man’s prickly and exotic musical identity.

Lyrically, likewise, things are kept raw. The album begins with the barking of stray dogs and strange cawing, and from these wordless threats, the thundering beat of the title track begins and we’re plunged into Locked Down’s universe: confusion, bad feeling, gunfire, and prison. As with a gangsta rap album, here Dr John lets fly with the bad-boy narrative of his young life.

Although it would be a stretch to call it a concept album, on Locked Down, Rebennack, as encouraged by Auerbach, has delved into his life for material, and as such the album is the product of the man’s terrifying biography aswell as his own conspiracy-informed take on current affairs. After the opening address, the parping, world-gone-mad jam of “Revolution” (“Let’s all just pray on this right now…” the Doctor intones gravely), and the sinister “Big Shot”, the album peaks (or if you like reaches its moral nadir) on “Ice Age”, a thrilling tune which asks you to imagine Captain Beefheart doing Nigerian funk-rock in 1970. It finds Rebennack on snaky Farfisa, and filing a distressing report from the here and now: “This is the ice age/Smokin’ crack, firing up blunts…Start losin’ hope/Using dope…” He’s telling us about the present, but it’s worth remembering this is a place that in the past he’s been extremely familiar with himself.

Nor is this the only way in which Locked Down resembles a hardcore hip-hop record. Whether it’s the product of Auerbach’s experiences working with Danger Mouse for the latest Black Keys album, or his own as producer working with hip-hop artists on the Blakroc album, the album feels disciplined and enormously funky. Smart arrangement and editing have resulted in an album carrying no additional fat: the whole production feels purpose built to place Dr John at front and centre.

As the album progresses through more thrilling episodes (“Getaway” – a charging 6/8 montage of love and friendship withstanding prison experience; “Kingdon Of Izzness”, doomy reportage on a world torn up by religions; “You Lie”, a gnomic swipe at politicians and the media), we arrive at what the record’s third act. If this was a Hollywood movie, it would be the part where the hero is proved to have learned something. Happily, this being a hipper enterprise kind of enterprise entirely, here Dr John and company prove that their experience may have given them wisdom but it hasn’t mellowed them entirely.

It’s true, the self-explanatory “My Children My Angels” is a heartfelt, slightly schmaltzy attempt to make amends for past wrongs, but the preceding “Eleggua”, is superb, and addresses the titular Yoruba deity, protector of travellers, in a slice of Curtis Mayfield-style funk. The closing, Van Morrison-like “God’s So Good To Me” meanwhile, sees Rebennack boisterously but humbly addressing a pretty indisputable fact: he’s still here to tell the tale. Somebody up there, he contends, must like him. And whoever the entity is that’s looking out for Dr John – be it family; God; some infinitely mysterious spirit – Locked Down is proof it’s doing a fine job.
John Robinson

Q&A
DR JOHN
What appealed to you about working with Dan Auerbach from the Black Keys?
My granddaughter turned me on to his record, and then spiritually he popped into my life. He came over to New Orleans. Then the next thing, he came over to my pad and we were writing some songs which we didn’t use. He had a picture in his head – a real good vision, that there was something we could do, and he followed through with that. He made tracks with this band that he hired and I just wrote some lyrics. He changed some words here and there to fit with the backup singers, the McRary Sisters, and it all fell into place in a nice way. I didn’t talk to him about his vision – I just knew that he had one because I could feel it.

The songs were written in the studio?
He had an idea to let the band contributate in a way that I wasn’t used to – we composed together in the studio. I think maybe one of the songs I had sent him a demo on, and he shifted it all kinds of ways, and I liked that. It was something more like what we used to do back in the 1950s – you just walk in and do something. Each guy would contribute something. I remember one of the guys that was playing organ on this one tune, and it became “God So Good To Me”. He pretty much lit that tune and we vibed off where he took it, and that was it. There was some where I came up with things, and others where other guys did and that was how we did this record, pretty much.

I’ve read that Dan suggested that you delve into your own biography for the songs. How did that work out?
I think it was pretty much my life. I dedicated the record to my children, and in New Orleans we look as children as angels. The Spiritual church was where I got hip to that. Women were saints and men were workers – it’s not like most religions. A Reverend Mother told me years ago, the only problem with any religion is man. She wasn’t talking about he sexes – she was talking about we as a people. We have twisted everything to where everything is about money, power, prestige, greed, all the negative things of mankind.

Politics, lately, had been a concern of your records. Are you optimistic about the world? In spite of what you’ve seen in New Orleans?
Yes. I believe that this is the year of the prophesies, and all indigenous people of the world say the same thing: If man can be as one, we can overcome all the problems of the planet, and we can do it – I believe that. We are going to do a healing of the gulf (of New Orleans), and maybe we can bring the gulf back to life, and maybe heal some of the people affected by falling in the gulf. And through this, it’s spreading to the indigenous peoples of the planet. The last time we were in New Zealand we became honorary Maoris. I believe that now is the time to learn from the peoples in all these places. I think it would be a good thing.

You play the Farfisa on this record, more than your customary piano. How come?
I do play organ on gigs, but I think that Dan had a great Farfisa organ which made me like the instrument – he had one that was good to play. I used to play one with Doug Sahm’s band when they were the Sir Douglas Quintet, and I hated it – I wouldn’t play it apart from his two hit records. I like playing that axe on this record, but it was a real surprise to me.
INTERVIEW: JOHN ROBINSON