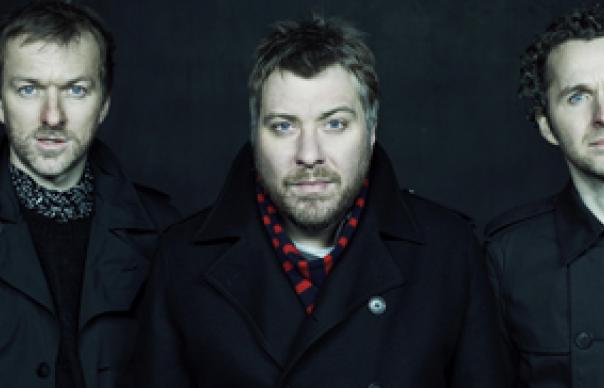 In recent months, a lot of positive things have been attributed to Elbow’s award-winning brand of northern rock, but there is one bunch of shaggy Mancunians who should be particularly grateful for the late blooming of Guy Garvey’s mob.

In spite of past fortunes, Elbow’s new-found success has prepared the ground for the kind of epic melancholy indie at which Doves excel. Earthy sincerity laced to chiming riffs, robust songs of intimacy and local geography sung by unshaven men within touching distance of 40: Kingdom Of Rust confirms that Doves do this better than anyone else. That there’s been a gap of four years between albums makes their return sweeter still.

Even Doves’ staunchest admirers would concede that Jimi Goodwin and the Williams twins, Andy and Jez, had begun to tread water by 2005’s Some Cities, their third in five years, a record that sold well but didn’t take any unexpected diversions. For their fourth album, Kingdom Of Rust, the band decamped to their studio in a converted dairy farm, far enough from anywhere, and spent the next two-and-a-half years crafting these dozen songs, day in, day out. “It was a case of, justify why we’re still together in this room, after this long,” says Goodwin.

What they’ve produced is perhaps the definitive Doves album, one steeped in the euphoric misery of old, but which explores the band’s adventurous side to stunning effect, and demonstrates how they’ve matured as musicians into innovative songwriters. Such is the attention to detail, you can well believe they were working on each track right up to the deadline in December last year. Electronic opener “Jetstream” – far more thrilling, more New Order even, than the New Order track of the same name – purrs along with Jimi and Jez calling out over a pulsing Kraftwerk rhythm befor barrelling into an irresistible, “Fools Gold” baggy groove. Most surprising of all, the fortified funk of “Compulsion” nearly rewrites Blondie’s “Heart Of Glass” in the dubbed-out style of Liquid Liquid, and manages to channel the feral energy of a downtown New York disco from a field near Wilmslow.

It’s a club classic already and, technically, should’ve come out on Factory in 1983. For contrast, compare this with the enchanting “Birds Flew Backwards”, Goodwin’s tender David Crosby moment. This leads into “Spellbound”, the album’s prettiest number that unfurls like The Smiths’ “Please, Please, Please Let Me Get What I Want” into a love song. Somehow, this bear of a bloke bellowing, “You keep me here, so spellbound/Love pulls me near to sacred ground”, is rarely less than moving.

When Doves revisit familiar themes, they do so with a renewed sense of purpose. “Kingdom Of Rust” is a fleshier version of The Last Broadcast’s“There Goes The Fear” , a country’n’western swagger recast as a rainy moorland romp. “The Outsiders” finds Doves at their heaviest, with Goodwin chanting, almost ranting, “Nothing to lose, so nothing gets lost/So much choice, no choice at all/In the universe, just the two of us”, over racks of muscular riffage. “House Of Mirrors” is ’60s psych-stomp with a sugary chrous, while “The Great Denier” is burly enough to crush any Coldplay comparisons (although the way it unravels, trembling, is close to a Chris Martin composition). Other songs – the drivetime duo “10.03” and “Winter Hill” – would surely be hit singles for an inferior outfit.

Soulful and sentimental as always, Doves have also made an intrepid record with Kingdom Of Rust. By expanding their repertoire, taking a few risks, and nailing those harmonies, they’ve made what feels like the first great British album of 2009. To hear this band at the peak of their power – as Doves indisputably are – has been worth the wait.