An unexpected new treat from the Hall of Famer... 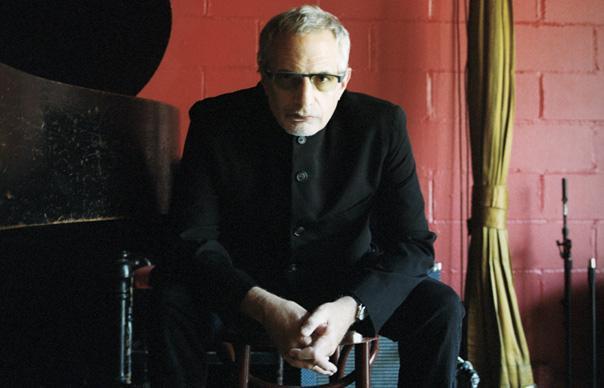 An unexpected new treat from the Hall of Famer…

Morph The Cat, the final volume of Donald Fagen’s Nightfly Trilogy, which appeared in 2006, is introspective and jittery, reflecting the cumulative impact of 9/11 and his own sense of encroaching mortality – making it at once the darkest and most personal chapter in the Steely Dan canon. While Morph was a musically dazzling and emotionally intense work, it would have been a distressingly bleak way to close the book.

Happily, solo album number four – which arrives with little advance warning – dispenses with mortal dread as Fagen re-immerses himself in the finer things – or the “Good Stuff”, as he puts it in one song – amid the life challenges facing aging Boomers (Fagen is 64).

As these nine tracks make abundantly clear, his current mood is reassuringly effervescent and self- mocking. Sunken Condos is loaded with Fagen’s instantly familiar signature moves, as he breaks out his long-codified and precisely calibrated vocabulary. Here there’s righteously swingin’ grooves (powered by drummer “Earl Cooke, Jr.”, whose name curiously fails to come up in a Google search), extended chords (there’s no chord too obscure for this crew) from a superb (what else?) studio band led by co-producer/multi-instrumentalist and Dan mainstay Michael Leonhart, and Donald’s sharply drawn, irony-laden narratives.

The album’s bookends, “Slinky Thing” and “Planet D’Rhonda”, revisit the generation- spanning romantic escapades of Gaucho’s “Hey 19”. In the opener, fueled by a groove that matches its title, the narrator is “a burned-out hippie clown” who meets and tries to put the make on “a lithe young beauty”, to the amusement of observers as the mismatched couple makes the rounds of various public gatherings. Here and elsewhere, the rich tones of latter-day Dan guitarist Jon Herington provide the ultra- cool counterpoint to Fagen’s decidedly uncool leading man in his increasingly desperate attempts to “Hold on to that slinky thing”. The closing “Planet D’Rhonda” finds an older guy lusting after a chick who’s “somewhere between nineteen and thirty-eight”, and “When she does the Philly Dog – I gotta have CPR”, though the poor schlub knows full well that “It’s never gonna happen”. Coursing through the track is some wild post-bop improvising from jazz guitarist Kurt Rosenwinkel, the aural equivalent of the narrator’s racing pulse.

The sense of yearning for the unattainable is also played out at the album’s midpoint on “The New Breed”, wherein a similarly love-struck dinosaur (“He’s ready for Jurassic Park”) is dumped by his girl in favor of the young dude who upgraded her software, so the old-timer steps aside, leaving her “To your new dotcom slash life”. Fagen’s propensity for embedded mysteries has rarely been more intriguingly manifested than it is on “Memorabilia”, a song as slippery as it is catchy, with its references to US nuclear tests in the South Pacific during the 1950s. In the hook-filled “Miss Marlene”, the protagonist finds love in a bowling alley, of all places. The album’s most sublime piece is “Weather In My Head”, a modified midtempo blues in the manner of “Pretzel Logic” and another scintillating workout for Herington, with its slam-dunk payoff, “They may fix the weather in the world/Just like Mr. Gore said/But tell me what’s to be done/Lord –’bout the weather in my head”. The lone misstep is a cover of Isaac Hayes’ 1978 funk workout “Out Of The Ghetto”, but the band blows through it with such exhilaration that Fagen can be forgiven for this indulgence.

What, then, does this new, post-trilogy work represent for Fagen? A second wind? A therapeutically induced acceptance of things as they are, perhaps? In any case, Dan aficionados will undoubtedly receive Sunken Condos as a fascinating new puzzle – or series of puzzles – to be endlessly debated if never actually solved. What matters is that Donald’s in back in his self-referencing sweet spot, and all’s right with the world.
Bud Scoppa