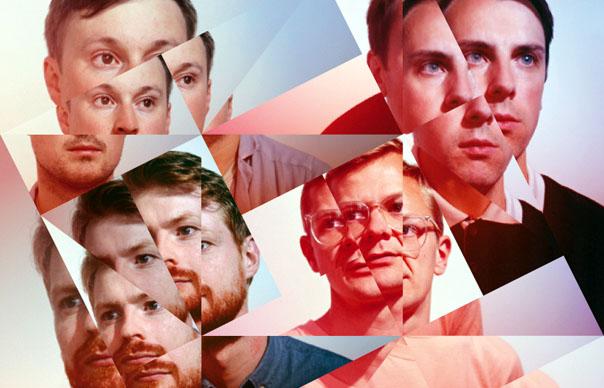 You don’t need to be Sarah Lund to detect the fingerprints of The Beta Band on fellow Scots adventurers Django Django. The cavalier, mix’n’match approach to songwriting and live performance, the way a percussive tattoo named “Zumm Zumm” dissolves into tear-stained campfire sing-along, the art-school bloody-mindedness – it’s writ large across the newcomers’ enormously enjoyable self-titled debut.

Nor has it gone unnoticed that Django Django’s drummer and driving force, David Maclean, is the younger brother of The Beta Band’s programmer and art director John Maclean. Their parents, perhaps, have a cracking record collection, and, noting his sibling’s career choices, presumably David now has a good idea of how far a canny outfit like Django Django can push things. “You should never be afraid to make a fool of yourself for art,” he said in a recent interview. Realising that opener “Hail Bop” could be an Everly Brothers number, he clearly means it.

Connected to no scene in particular, the four Djangos – Maclean, singer and guitarist Vincent Neff, bassist Jimmy Dixon and keyboardist Tommy Grace – met at art school in Edinburgh and regrouped a couple of years ago when each member had drifted down to London. There, in his Dalston bedroom, Maclean took his time to piece together and produce a record that draws heavily on the music he loves to DJ – vintage soul and funk, Bo Diddley and disco – while scooping up the twang of The Shadows, Beach Boys harmonies and glam-rock’s swagger, all with one eye on the dancefloor in the style of, say, Hot Chip or labelmates Metronomy.

So the discernible influences pile up, then, but Django Django are skilful enough to draw the strands together and thread a generous melody through each of the 13 tracks, Neff’s searching vocal lending the likes of “Firewater”, “Love’s Dart” and “Silver Rays” that dolorous quality beloved of The Beta Band. Above all, this handsome debut bristles with ideas that could lead to some truly remarkable music later on.
Piers Martin