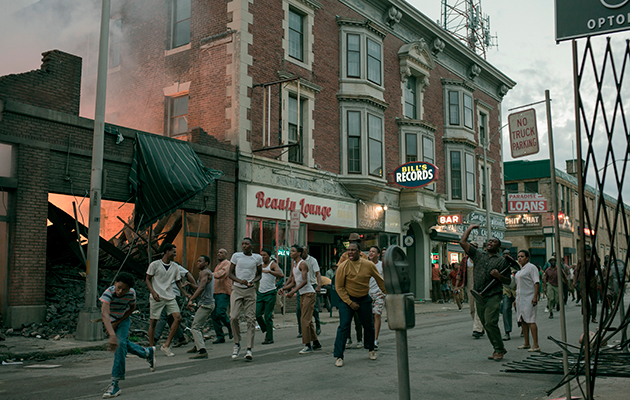 For a filmmaker used to working on a big canvas, Kathryn Bigelow thrives when shooting in tight spaces. There is that bar scene in Near Dark – “I hate it when they ain’t been shaved!” bemoans Bill Paxton’s vampire – the unbearably tense vignettes set in Iraq’s Kill Zone in The Hurt Locker or the nighttime operation at Osama Bin Laden’s Pakistan compound in Zero Dark Thirty.

For her new film, Bigelow uses a sizable backdrop – five days of rioting that took place in Detroit during 1967 – to tell an intimate story, set for the most part in cramped, uncomfortable confines. Bigelow has done riots before – in her millennium-set thriller Strange Days – but those depicted here are real events.

The trigger was a heavy-handed police raid on a speakeasy during the early hours of Sunday, July 23. As civil disobedience overwhelms the city, Bigelow follows events via a number of different perspectives – a Detroit patrolman, a group of aspiring musicians, a private security guard and two girls – whose narratives converge in the Algiers Motel. During one grim night, three black civilians were murdered, while nine others were savagely beaten by members of the city’s police force.

To accomplish this grueling business, Bigelow draws on a cast of young British actors. Hannah Murray plays Julie, one of two white girls rounded up at the Algiers, and John Boyega plays Dismukes, a stoical security guard: decent people caught up the wrong place at the wrong time. It is a bad situation made worse by the arrival of Will Poulter’s Krauss, a racist Detroit police officer emboldened by the citywide unrest. The scenes in the Algiers occupy the film’s central hour and include torture, beatings and murder. Poulter – best known for likable Brit flicks Sam Of Rambow and Wild Bill – is a revelation here, delivering a jeering, hate-filled performance that motors the film. A final extended court-bound sequence acts as necessary decompression, if not tidy resolution.

Incidentally, ‘the hurt locker’ refers to being in an enclosed space it is hard to get out of. Detroit does a very good job of putting you inside it as well.