We don't need no education... 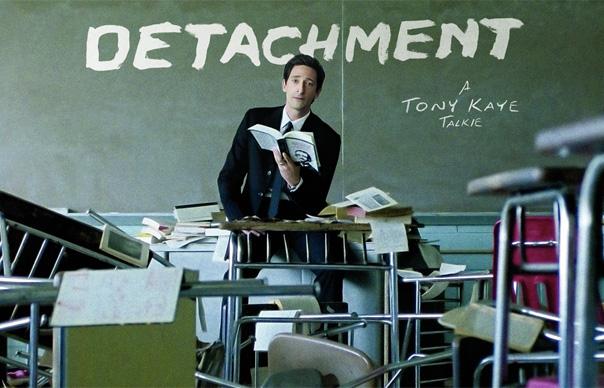 We don’t need no education…

If you’ve heard of Tony Kaye before, it’s probably as the director of 1998’s American History X – a film that assumed heavy duty notoriety in its day due to the spat between Kaye, the film’s star Ed Norton and distributor, New Line. After taking a Catholic priest, a rabbi and a Buddhist monk to a meeting between himself and New Line studio executives, Kaye attempted to get his name taken off the film. Yhe refusal from the Director’s Guild of America to accept his suggested replacements – ‘Humpty Dumpty’, or ‘Ralph Coates’, after the former Spurs winger – caused Kaye to retaliate with a $200 million lawsuit. Around the time of the World Trade Center attacks, Kaye began dressing as Osama Bin Laden. It’s hard to think how much more damage one man could wilfully inflict on his own career.

Detachment is Kaye’s first film to be released since the American History X debacle – an abortion documentary, Lake Of Fire, was well-received in 2007, though another feature, Black Water Transit, from 2009, is still without a distributor. Detachment is essentially a left-field addition to the canon of inspirational high school dramas. Adrien Brody – who himself has fallen far from the tree in recent years – plays a substitute teacher drafted into a New York high school. Just as the school itself is ailing – “You’re in a foxhole, and you’re fucked,” Marcia Gay Harden’s principal is told – Brody’s Henry Barthes is in crisis. His dying grandfather is in care, but the carers are incompetent. There is some unspecified trauma from his childhood involving his mother. Henry is afraid of emotional attachments, but finds himself drawn into three, with a fellow teacher (Mad Men’s Christina Hendricks), an overweight but gifted pupil (Betty Kaye) and a teenage prostitute (Sami Gayle). Nothing good will come of any of this. Kaye has pulled in some big name support – James Caan, Blythe Danner and Lucy Liu are great as harassed fellow teachers – and while The Awfulness Of It All begins to grate after a while, Brody’s stoic calm provides a welcome respite.
Michael Bonner