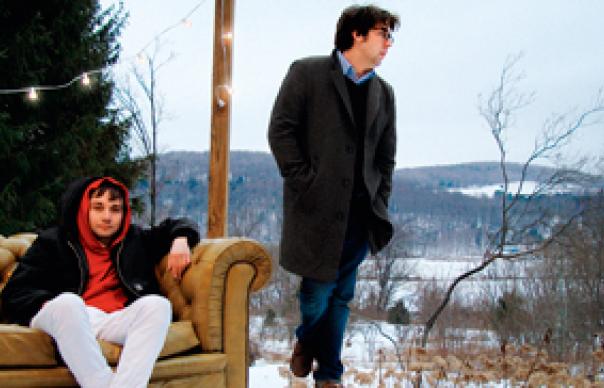 It is 2003, and Daniel Rossen and Fred Nicolaus, roomies at New York University, have a plan. For the last couple of years, Rossen and Nicolaus have been holed up in their dorm recording sample-heavy pop songs on a laptop under the name Department Of Eagles. Now, though, they are listening back to their debut album, The Cold Nose, and deciding that something is not quite working. The new plan? A new, well-recorded set of songs in the shadow of Brian Wilson’s Smile and Van Dyke Parks’ Song Cycle.

They don’t know it yet, but this will prove a smart turning point. In four years, Department Of Eagles will release the wonderful In Ear Park on 4AD, cracking the Billboard Top 200. Perhaps more significantly still, Rossen’s other band, Grizzly Bear, will be supporting Radiohead, playing live with the London Symphony Orchestra, and crashing end-of-year lists the world over with their third album, 2009’s Veckatimest.

Archive 2003-2006, then, captures this period of invention and investigation – a three-year period coinciding loosely with the beginning of the pair’s final year of study at NYU and concluding with the release of Grizzly Bear’s aquatic, fully-orchestrated second album, Yellow House (the first to feature Rossen on songwriting duties), in 2006. Those expecting the dreamy depths charted on Veckatimest may, consequently, come away not entirely satisfied. But Archive 2003-2006 is more than just half-finished sketches. Containing the duo’s early experiments in orchestration, and layering, it is somewhat vestigial, but is nonetheless beautifully played and often captivating in its ambition and accomplishment.

The content here mostly comes from two main sessions. The first, a suite of numbered songs entitled “Practice Room Sketch” recorded by Rossen in NYU’s rehearsal rooms, are brief, largely lo-fidelity, and experimental in tone. This is best illustrated by the 90-second opener “Practice Room Sketch 1”, which combines halting piano and distant birdsong. Deeper into Archive, these gain a little more form. “Sketch 2” commences with bubbling synthesiser and a burst of harmony singing, before morphing into a fey, Devendra-ish folk song: “When… is it going to get easier?” they repeat, over clacking percussion and eddying guitars; “Sketch 4 (Tired Hands)”, meanwhile, is a gentle piano piece that strings something of fragile beauty out of its amiable stupor.

These sketches are scattered around what we might call Archive’s meat: five tracks from the January Sessions, fruits of a month of recording in 2006, intended for Department Of Eagles’ second album. Rossen and Nicolaus would ultimately deem the sessions a failure, although it’s often hard to see why. “Deadly Disclosure” begins as a light pop song but slowly gains mass, taking on melancholy chorales, banjo, and finally, padding drums and tambourine. In three short minutes, “Grand Army Plaza” winds through numerous sunlit passages, chiming guitars setting the tone for a secret rendezvous – or a daylight robbery: “Guess I’ll see you soon/When the coast is clear…” Probably the album’s finest track, though, dates from neither session. Recorded by Grizzly Bear’s Chris Taylor in Brooklyn, “While We’re Young” is a hymn to youthful abandon, powered by Mariachi-style drums and Beatlesy cello.

It is probably not unfair to point out this record would not sit on shelves were it not for Grizzly Bear’s meteoric rise. Rossen admits to Uncut that this music is seeing the light of day thanks to contractual obligation, adding “it’s a strange thing to politely promote a batch of material that we would have preferred not to release”. But this record doesn’t feel like a bodged-together contract closer. Yes, it is formative, but it is never amateurish, and where Grizzly Bear’s fully symphonic songs can, at their worst, feel somewhat glutinous, the tracks of Archive 2003-2006 combine a lean feel and try-anything ambition that’s well worthy of investigation.
Louis Pattison