David Attenborough – My Field Recordings From  Across The Planet 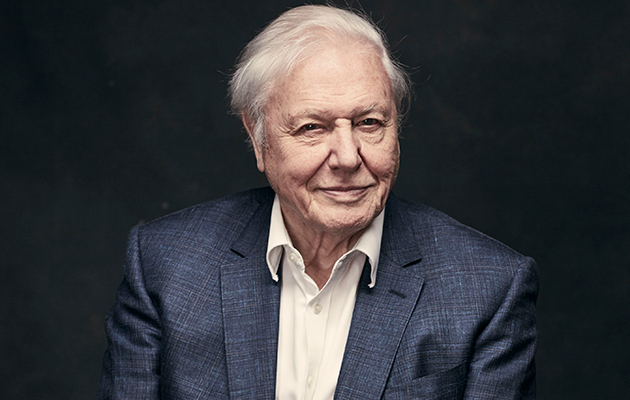 In his 2001 book Songcatchers, Mickey Hart engagingly describes his extracurricular adventures away from the Grateful Dead, making field recordings of indigenous musicians from the jungles of Bali to the Arctic Circle. “You have to fight the rain, the insects, the sun,” he wrote of the field recordist’s mission. “You have to eat the food of the musicians and observe their traditions.  To earn the right to hear their music,  you must respect and honour the culture that creates it.” In the book, Hart also pays tribute to the great song collectors of the past, chronicling the achievements of such pioneers in the field as Alan Lomax, Paul Bowles and Bela Bartok.

The name of David Attenborough does not feature, for at the time the field recordings the great naturalist made while shooting his early wildlife films were unknown and were mouldering  in a BBC vault. There they sat unheard and forgotten for more than half a century, until 2014 when Attenborough casually mentioned to a BBC producer that while making his famous Zoo Quest series, he had also recorded music “wherever I came across it”.

A search of the Corporation’s sound archives turned up a sonic treasury of dozens of field recordings, made by Attenborough between 1954 and 1963 on a portable EMI L2 tape machine the size and weight of a concrete block, powered by 10 large torch batteries, and which had to be rewound by hand. Taking as his inspiration the work of Alan Lomax – whom Attenborough had commissioned  in 1953 to make a BBC TV series  showcasing traditional folk musicians from Britain and Ireland – the strange but poignantly compelling results of his endeavours can finally be heard on this remarkable two-disc set.

Topped and tailed by Attenborough’s scene-setting narrative, the 50-plus fragments of music, recorded in West Africa, South America, Madagascar, Indonesia, Papua New Guinea and the Aboriginal territories of northern Australia, reveal a previously unknown side to the great man’s career and character and are a testament to his insatiable curiosity. As far as the BBC’s bean-counters were concerned, he was officially making the recordings for use as background music  in the films, and one of the pieces –  “Guira Campana” (The Bell Bird), recorded in Paraguay while looking for armadillos – became the Zoo Quest signature tune. Mostly, however, he recorded simply because he was enthralled by what he heard.

Recording musicians in their natural environment, Attenborough meticulously followed Hart’s code of respecting the culture. None of the music was performed in a concert setting or even specifically for Attenborough and his tape recorder. Apart from vainly trying to hush the voices of village children, there were no “production values”  or any kind of mediation. It’s simply fly-on- the-wall stuff in which he recorded people making music “for their own purposes, delight and comfort”.

This means most pieces don’t have a conventional beginning or end. Rather, we’re eavesdropping on a way of life which, as Attenborough notes, no longer exists. The first Zoo Quest trip was to Sierra Leone in search of the bald-headed rock crow. Arguably far more exotic than his avian quarry was the hauntingly rhythmic stringed music Attenborough recorded there on instruments such as the balange, za-za and quidina (which sounds rather like a kora). On the trail of the Komodo dragon, he headed for Indonesia and Borneo, where his recordings of gamelan and of the Dayak people singing to their ancestral spirits conjure an otherworldly thrill.

In Tonga, he recorded a lullaby written by the island’s queen for a royal princess, and in Fiji he found a string band that had heard Western music from the missionaries and played the most delightfully rustic version of “Colonel Bogey” you’ve ever heard. There are numerous other highlights but the best approach is simply to go with the flow – and if you want to know the historical provenance of what you’re hearing, Attenborough’s track notes in the splendid 52-page booklet make an entertaining and erudite guide.

In Arnhem Land in 1963 – his last trip before he took a desk job as controller of BBC2 – he witnessed a sacred aboriginal coming-of-age ceremony and recorded some of the world’s oldest music, unchanged perhaps for thousands of years. Played on didgeridoo and clap sticks and accompanied by eerie and unearthly chanting, it provides some of the most mesmerising moments in the two-hour journey.

By the time Attenborough returned to making wildlife programmes a decade later, the pop revolution and the spell of The Beatles had seemingly permeated every last jungle clearing. He concluded that his days as a field recordist preserving endangered music were over. There was even more pressing business ahead, trying to save an endangered planet from man’s rapacious appetite for destruction.