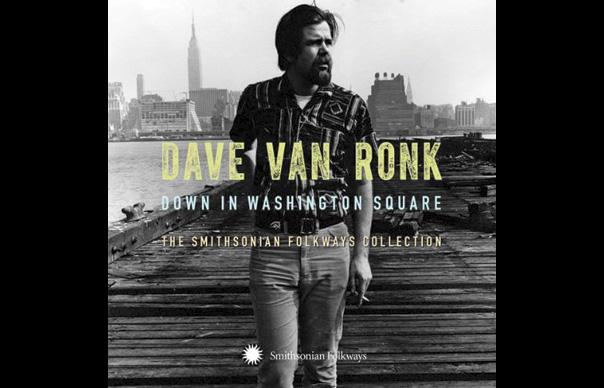 One irony (among many) of Dave Van Ronk is that, for a lifetime of inspiration, on multiple generations — from Bob Dylan’s earliest days to the latest Coen Brothers film — the man himself generally despised what passed for folk music. His true roots lay in pre-swing jazz and Dixieland, jug band music and hardcore country/blues — cf. Rev. Gary Davis, Mississippi John Hurt. For another, he staunchly avoided specific social commentary, even as that was in vogue; protest songs were strictly nonstarters.

Possessed of a gruff exterior and nary an ounce of pop sense, his recording career only occasionally matched his legend. Still, his astonishing finger-pick guitar style and encyclopedic knowledge of the tributaries of American music, his generous spirit and his larger-than-life presence, mark him as a pivotal figure.

This set, collecting some 54 tracks, most from his 1957-61 prime, well captures Van Ronk’s penchant for bringing a proper apocalyptic fervor to wide swaths of material, from scarifying blues to sea shanties, balladic obscurities to standards-to-be. He was most effective on myriad down-and-dirty blues, like Arthur Crudup’s “Mean Old Frisco”, given a driven, psychotic vocal amid lacerating guitar runs. An early studio recording of Bessie Smith’s harrowing “Backwater Blues” is just as spooky, but nuanced by comparison — elegantly syncopated guitar, ever-present gut-check vocal.

Several unreleased live 1961 recordings are both electrifying and apocryphal: “Had More Money”, a burning, churning riff on Robert Johnson’s “Possession On Judgment Day” finds him in his growling, interpretive prime, inhabiting a steely, twitchy, unsettled intensity. “House of the Rising Sun,” presented in the splendid arrangement Dylan heard and swiped for his first album, descends — within Van Ronk’s choppy, spooked vocals—like a never-ending bad dream. Down In Washington Square, adding 16 unreleased cuts even while it summarily ignores some 20 years of Van Ronk history (1963-1982), brims with revelation.
Luke Torn