Whatever it was meant to be, it wasn’t fun. In the closing years of the 1960s, the Kinks’ managers Robert Wace and Grenville Collins cajoled Dave Davies into recording material for a putative solo album - long known to fans as A Hole In The Sock Of Dave Davies. Hard-pressed and still heartbroken from being parted from his school sweetheart, what the Kinks guitarist delivered was too gloomy for anyone to handle. 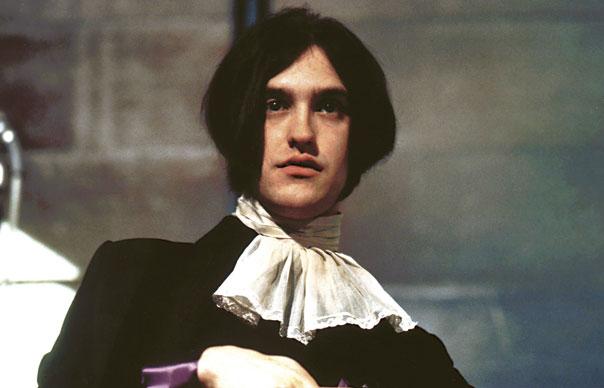 Whatever it was meant to be, it wasn’t fun. In the closing years of the 1960s, the Kinks’ managers Robert Wace and Grenville Collins cajoled Dave Davies into recording material for a putative solo album – long known to fans as A Hole In The Sock Of Dave Davies. Hard-pressed and still heartbroken from being parted from his school sweetheart, what the Kinks guitarist delivered was too gloomy for anyone to handle.

“It stirred up all the emotions about Sue and I didn’t want to do the bleeding record,” Davies told UNCUT as he reflected on the forced labour in cheapo studios and at the dog end of Kinks sessions that produced the tracks on Hidden Treasures. “I felt I had to do it out of duty rather than out of joy, fun and excitement. They were very exuberant times and there I was, traipsing into the studio to force this stuff out.”

Dave Davies cannot match his big brother as a writer, but what this 27-track compilation showcases a mastery of rough-hewn R&B melody and sneeringly blunt lyrics. It boasts lesser-spotted mixes and alternate versions of some of Davies’ best known Kinks kontributions, but its USP is a forensic reconstruction of the 13-track 1969 album that might have been had anyone had the will to deliver such an arc of anguish into the marketplace.

The back story reads like a stardust cousin of Poor Cow; Dave Davies and Sue were forced apart by their respective families after she fell pregnant in her teens. The Kinks then took off, and the bon vivant guitarist – a regular drinking partner of Brian Jones and Keith Moon in his swinging pomp – did his best to enjoy the moment until, as he entered his 20s, he felt the anaesthetic wearing off.

His unhinged, No3 hit, debut single “Death Of A Clown” – co-written with big brother Ray – documents that moment of drunken clarity. “My makeup is dry and it clags on my chin,” wails Davies, his voice forever straining at the top of his range. “ I’m drowning my sorrows in whisky and gin.” It is an ugly hymn to the great dead end of debauchery.

The December 1967 follow-up “Susannah’s Still Alive” – the title like a secret message to his lost love – is weirder still. A septic romp about a lonely spinster who “sleeps with the covers down hoping that somebody breaks in”, it was perhaps a little too uncharitable for the Christmas market, though a No 20 chart placing did not quite kill off the hope that handsome, dangerous Dave could be reinvented as a teen idol. There was even talk of a film career.

Down and down and down he went, though; the harder he was pushed for hits in subsequent years, the deeper Davies sunk into the mire. The tormented but terrific “Mindless Child of Motherhood”, a neglected 1969 Kinks B-side given pride of place here, is a Wuthering Heights howl. “An angry, bitter thing,” said Davies of a song that pre-figures the Specials’ similarly barbed tribute to family planning, “Too Much Too Young”.

“This Man He Weeps Tonight” is no less sparkling and just as self-laceratingly cruel, its verses bearing the horrible intimacy of a poem scrawled next to a bunch of fading flowers at a car-crash site (“I wish that you’d have known/ Of all the plans I had in store for us/ Laughing, dancing, travelling the world on our own”). “Crying”, “Do You Wish To Be A Man?” and “Are You Ready? – all given a first official release here – continue that vacillation between proto-heavy metal fury and lovelorn art pop, with the will-this-do? Ray Davies lite of “Mr Reporter” and “Groovy Movies” – the tracks chosen to close the original album – woefully out of place in such sullen company.

Perhaps, given the circumstances, it’s appropriate that it ends with the joyless pulling of musical teeth. Following a half-hearted press announcement in July 1969, promising a late August release, the album went down with all hands. Its creator was relieved. “I didn’t like the idea of it,” he recalled. “It sounded fake.” Over 40 years on, it sounds all too painfully real.
Jim Wirth

Q&A: DAVE DAVIES
How does it feel to listen back to the unreleased record?
It was such a miserable time. I didn’t want to make the thing. A lot of the songs are about my girlfriend at school, Sue. We fell in love but our parents got together to keep us apart because she got pregnant, and we never found that out until 1993 when we met again, and we were still in love and we were still 16; it was kind of bizarre.

Can you hear your frustration in the songs?
In a way, but after all these years it has a charm because of that. I couldn’t stand listening to at the time. Is “Are You Ready?” on it? I love that song. I hated it for years. It’s about Sue again.

Who was pressuring you to write and record?
The Kinks’ managers Robert Wace and Grenville Collins. I don’t function that well being pushed. Being inspired, I can go on for ever.

You were the best dressed and best looking Kink; did they fancy you as a teen idol?
That’s very possible. I was really into fashion; me and Pete [Quaife, Kinks bassist] were really clued in on what to wear, whereas Ray and Mick [Avory, drummer] were a bit … clumsy in fashion. Some people, no matter what they wear, don’t look cool.
INTERVIEW: JIM WIRTH