Former Blasters man, back with more roughshod blues anthems for a lost California... 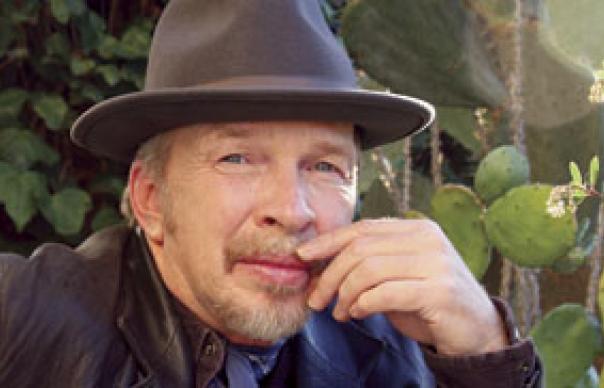 The heart beats a little faster at the thought of The Blasters in their prime, that brief moment when they were by some distance the flat-out most exciting rock’n’roll band a lot of us have ever seen.

Dave Alvin was their incendiary lead guitarist and songwriter, his vocalist brother Phil, who formed the band with Dave in the blue-collar East Los Angeles suburb of Downey, their grandstanding front man. The chemistry between them was often as dangerously volatile as their music – a sensational mix of blues, rockabilly, R’n’B and rock’n’roll – and their increasingly fractious relationship meant the band’s career was incredibly lively when it lasted, but woefully short-lived. They did as much as, say, REM, The Replacements and Hüsker Dü to revitalise American music in the early ’80s. They split, though, in 1985, after just four albums.

For a while after he quit his own band, Alvin played guitar with X, hooked up briefly with The Gun Club and recorded some still-unreleased sessions with Bob Dylan before making his solo debut with 1987’s admittedly tentative Romeo’s Escape (re-titled Every Night About This Time in the UK). He really hit his stride, however, with 1994’s King Of America and the mostly acoustic folk-blues of 1998’s Blackjack David, for which he should probably have won the Grammy he got for 2000’s Public Domain: Songs From The Wild Land, which drew on a rich heritage of traditional American music in a manner that anticipated Springsteen’s 2006 album The Seeger Sessions.

Eleven Eleven is Alvin’s first album of original new material since Ashgrove, seven years ago, and mixes to great effect the rowdy road-house blues of his work with regular touring band The Guilty Men and the more poised and reflective Blackjack David, revisiting along the way many of the themes he’s remained constant to over the years. “The songs are all about life, love, death, loss, money, justice, labour, faith, doubt, family and friendship. The usual stuff,” he says of Eleven Eleven, which unfolds like a series of road movies, vivid vignettes, episodes from distressed lives, real and imagined. Among the former is a song called “Johnny Ace Is Dead”, a dramatic re-telling of the death of the eponymous young R’n’B singer, who drunkenly put a bullet in his own head, backstage at Houston’s City Auditorium on Christmas Night, 1954 – an event also evoked on Paul Simon’s “The Late Great Johnny Ace” from his 1983 album, Hearts And Bones.

“Murrieta’s Head” is another song here based on fact, in this instance the story of Joaquin Murrieta – a rebel idol to the hard-pressed Mexican communities of 1850s’ California, a savage bandit according to the state’s legislature who put a bounty on his head and unleashed a small army against him. Bob Frank and John Murry told the same tale on “Joaquin Muriette, 1853”, from their 2007 album of murder ballads, World Without End, casting him in their version as a beleaguered hero, oppressed, brutalised, hounded down and butchered by grim authority. In his own simmering version, Alvin approaches the story from the compromised perspective of one of Murrieta’s executioners, a poor white farmer who needs the bounty to pay off his debts, save his farm and keep his family together even if it costs someone else their life, the song’s bitter fatalism angrily expressed by Alvin’s scorching guitar.

The characters we meet in many of the album’s other fine songs are just as vividly rendered. They include the weary road dog drifter of “Harlan County Line”, a swaggering blues written for the TV series Justified, in which Alvin recently made a guest appearance; the ruined boxer in the Bo Diddley-fuelled “Run Conejo Run” and the ageing union man in “Gary, Indiana 1959”. The latter, incidentally, features great barrel-house piano from former Blasters’ pianist Gene Taylor, back in the studio with Alvin for the first time since 1985. Eleven Eleven also reunites Dave with brother Phil, now a professor in mathematical semantics, on the very funny “What’s Up With Your Brother?” – a question asked of each of the Alvins down the years by Blasters fans fascinated by the rivalry between them that drove the band into a ditch. It ends up, hilariously, in squabbling.

Best of all, perhaps, are two songs that recall the melancholic drift of Blackjack David and songs on it like “Evening Blues” and “California Snow”. The first is the beautifully wrought “Black Rose Of Texas”, in which the song’s narrator reflects on the lonely death of a former lover. “No Worries Mija”, meanwhile, is a first-person border ballad set to lilting cantina accordion, in which the singer reassures his young wife that he’ll be back in no time from the job he’s doing as a favour for a friend – a drugs run, driving a getaway car, something dangerous anyway. The song’s sombre lilt, however, anticipates a less than happy ending, everything going wrong and his shoes filling with blood. Brilliant stuff.
Allan Jones