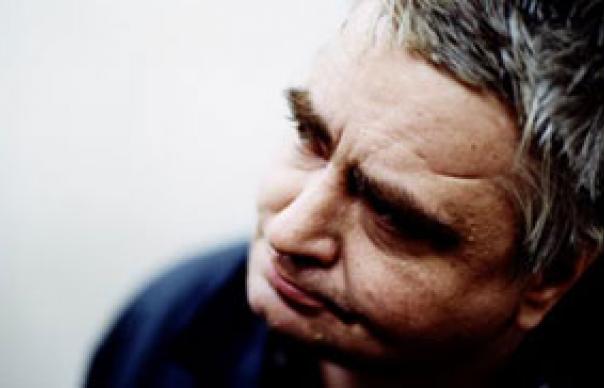 Great claims have been made for Daniel Johnston. In Jeff Feuerzeig’s documentary, The Devil And Daniel Johnston, the singer’s early recordings are compared – favourably – to the output of Robert Johnson. It’s possible, too, that one of Johnston’s acolytes mentions how he prefers them to the Basement Tapes. And a young Texan musician is forceful in his rejection of any comparison with Brian Wilson, because, obviously, Daniel Johnston’s records are way better than Pet Sounds.

Elsewhere, Kurt Cobain, the sober judge of musical quality who did so much to promote Johnston by wearing his “Alien Frog” T-shirt on MTV, declared Yip/Jump Music to be No 35 in his Top 50 favourite LPs. (To apply context to Kurt’s list: this makes Johnston better than Flipper, but not as good as Shonen Knife).

All of which is odd, and rather misleading for the Daniel Johnston virgin, who might be tempted by the hyperbole only to be confronted by records which – while they may contain slivers of something approaching genius – are stuffed with fragile songs which are often tuneless, and almost always badly recorded.

So, let’s be clear. Daniel Johnston isn’t better than Johnson, or Bob, or Brian. Few are. But there is something compelling about the way he writes; something that isn’t as artless as it first appears. At times, the loops of logic in his fridge-door poetry are reminiscent of Ivor Cutler, who had a thing about intuition. There’s a fragment of rhymeless verse on Continued Story (his first studio album, from 1985) before the White Light/White Heat wig-out of “The Dead Dog Laughing in The Cloud”, where Johnston speaks a few lines: “I had a girlfriend/Made me scared of the world/I’d sit and watch the TV/Terrified of the soap opera.” Cutler could have written that, if he’d swapped his harmonium for a television set.

Is that enough pussyfooting? Daniel Johnston is, or was, mentally ill. The modern term is “bipolar”, but Johnston has called himself a “manic depressive with grand illusions”. He may have said “delusions”.

He was certainly a strange child, and always artistic. As an adolescent in West Virginia, he drew comic books and made Super-8 films, which provoked and mocked his Christian Fundamentalist parents, who thought nothing of his ambition to be the new John Lennon. He tormented his mother, and she responded by calling him “an unprofitable servant” (of God). So he ran away to the carnival, got himself beaten up, and found sanctuary in the Church of Christ in Austin, Texas, when the city was enjoying a musical rebirth, and was relatively welcoming for an oddball who handed out cassettes of his songs to strangers.

Yip/Jump Music is the first of these albums, and contains several of what we may term his greatest hits. Most notably, there is “Speeding Motorcycle”: a strange song, akin to the Modern Lovers performing on children’s instruments, it ends with Johnston’s boyish vocal breaking down into owlish hoots. And then, with barely a change of tempo or tune, Johnston strikes up “Casper The Friendly Ghost”: an oddly beguiling mix of autobiography and comic-book lore. In Johnston’s lyric, Casper is “smiling through his own personal hell”, and has to die to get respect. It is a childish conceit. But not that childish. It’s like a little brother to Jonathan Richman’s “Pablo Picasso” (who “never got called an asshole”). Johnston says of Casper: “Everybody respects the dead, they love the friendly ghost”. Then there’s “The Beatles”, in which Johnston salutes his favourite group, without feeling the need to make his lines rhyme or scan.

Yip/Jump Music is digitally remastered, but there’s no need to plug in the Sensurround. No amount of digital flummery can disguise the fact that it was recorded on a boombox, by an erratic one-man band. The same is true of Hi, How Are You. The fidelity of Continued Story is slightly higher, as it was recorded in a studio, with instruments that had been tuned. Even so, Johnston has a way of sabotaging expectations. “Ain’t No Woman Gonna Make A George Jones Outta Me” is a great novelty country song until it folds into a shambolic blues. If there’s a rug in the room, Johnston will pull it from under himself.

It’s true that some who claim Johnston as a figurehead of outsider art are patronising him, and romanticising mental illness. At times his vulnerable chemistry is unsettling. But when it works, as on the lovely “Sweetheart”, “I Live For Love”, or “I Am A Baby (In My Universe)”, Johnston really does capture the sweet sensation of the best rock’n’roll, where teenage confusion is rendered manageable and thrilling by the alchemy of uncomplicated words, sincerely stated.

If he’s sometimes naïve, he’s far from dumb. “I was a lucky sperm that made it against great odds,” he says on “Girls”. “And I never lost my youthful enthusiasm.”