Danger Mouse And Sparklehorse – Dark Night Of The Soul

A self-bootleg? With a “visual narrative” by David Lynch 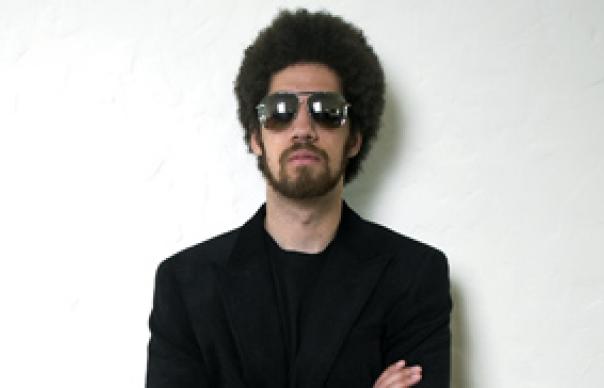 Uncut has reviewed plenty of obscure albums in its time but this may be a first: an album that doesn’t officially exist. As a result of some undisclosed contractual snafu, EMI put the mockers on Dark Night Of The Soul just as it was being readied for release. Undeterred, Danger Mouse pressed ahead anyway, offering Dark Night… as a limited edition photo book featuring David Lynch’s “visual narrative” for the project, accompanied by a blank, recordable CD and the not-so-cryptic instruction to “use it as you will”. Though careful not to say as much, Danger Mouse was essentially encouraging us to bootleg his own LP, which by this point had mysteriously surfaced on file-sharing networks.

Danger Mouse has form in this area, of course. The Grey Album, his inventive mash-up of Jay-Z and The Beatles, also aroused the wrath of EMI, who held the rights to The White Album. It made his reputation, if not his fortune, so he knows the value of peer-to-peer propaganda. On the other hand, Danger Mouse’s clever feint here may just have succeeded in adding a layer of intrigue to a project which, despite its impressive cast list, is not as fascinating as its creators probably hoped.
Take Gorillaz’s Demon Days, substitute Sparklehorse’s Mark Linkous for Damon Albarn, and David Lynch’s murky snapshots of sinister smalltown America for Jamie Hewlett’s anarchic cartoons, and you’ve got the basic idea of Dark Night…

There are some big-name cameos – Iggy Pop, Frank Black, a surprisingly compelling Suzanne Vega – but it’s questionable whether a collaborative free-for-all was the best way to approach a concept album about loss of faith; dark nights of the soul, by their very nature, usually demand to be suffered in isolation. Sparklehorse’s music has never benefited greatly from collaboration. Linkous was always better when wallowing alone.

At least the guest vocalists aren’t just hired hands. Each singer has shaped his or her part, a policy you can hear, for example, in the trademark curlicues of James Mercer from The Shins (whose “Insane Lullaby” is otherwise marred by invasive industrial gargling). Wayne Coyne, a past master at confronting existential questions within the framework of quirky rock songs, rises to Dark Night…’s challenge impressively. Harmonising with an auto-tune, “Revenge” is gorgeously desolate, up there with the bleaker second side of The Soft Bulletin. Gruff Rhys is an equally good go-to guy for when you want to sugar-coat harsh realities in psychedelic whimsy: “It’s just war, the last survivor crawling through the dust”, he croons, mock-breezily, on the pacifist hymn “Just War”, before breaking into a whistling solo.

Two songs fronted by ex Grandaddy Jason Lytle are pleasant enough, but you wonder why he’s here at all given that his cracked, keening croon is so similar to Linkous’ own. Linkous limits his vocal contribution to a duet with Nina Persson on “Daddy’s Gone”, a lightweight electro-country ballad.

Frank Black can do Lynchian dystopia in his sleep, although “Angel’s Harp” exposes the fact that Danger Mouse is no transformative Rick Rubin figure. For a former hip hop producer, his drums are dispiritingly weak and he clutters up the midrange with electronic flotsam.Only two songs sung sweetly by Lynch himself provide the contemplative space that the album title promises. It’s odd, but in the final reckoning, Dark Night Of The Soul will probably be remembered more for the stunt with the blank CD-Rs than for the music intended to be burnt onto them.

How did you get David Lynch involved?

I’ve been a huge fan for years. My music has been influenced by his film – you know how sometimes there’s as much blackness on the screen as there is image? Brian [Danger Mouse] got a hold of David, but he knew better than to mention it to me ’til he had it confirmed. I was freaked out, honestly. But it’s nice to meet one of your heroes and for him to be caring, kind, sincere.

What was your reaction when David said he wanted to sing too?

Fantastic, because I loved the song he did in Inland Empire. I was so inspired that I went to my studio that night and cut a track with an antiquated organ that plays these old plastic discs, and it became “Dark Night Of The Soul”. There was another song we’d had saved for a long time – I’d been out to Bristol trying to get Beth Gibbons to sing it, but it was about the time the Portishead album was coming out after 10 years and it was quite a clusterfuck. David heard it and really liked it. He came up with something right away and it was beautiful.

What does a dark night of the soul mean for you?

Well, I don’t know. David wrote those lyrics and we just decided to use that as the title as it seemed to be an unconscious theme going through a lot of it. David’s such a positive person, so compassionate about humanity, but you wouldn’t think that at all from his films – there’s a darkness to them. The reason I write songs and do music is always to keep my head from exploding. So I’m speculating, but maybe it might be the same thing for David.