Dan Auerbach – Waiting On A Song 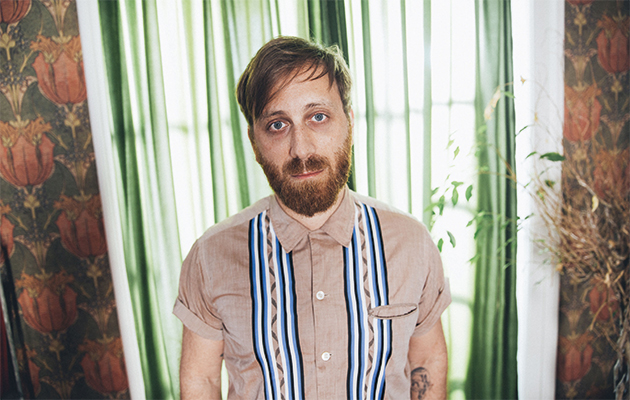 Dan Auerbach’s second solo album opens not with a lurching guitar riff or a rumbling drumbeat, but with a buoyant bassline, some shimmery bells and a low, insinuating flute, all of which quickly bloom into a full-blown soul-pop symphony. Drawing heavily from the stately orchestrations of classic Motown and the breezy grooves of ’70s AM radio, “Waiting On A Song” sounds like nothing else in his catalogue, a compelling change of pace from the blues-rock attack of The Black Keys.

That opening track might not give it away, but Waiting On A Song is actually Auerbach’s Nashville album. He penned a handful of tunes with John Prine and recorded with a group of seasoned session players, including bassist Dave Roe (Loretta Lynn, Johnny Cash), pianist Bobby Wood (Kris Kristofferson, Billy “Crash” Craddock) and percussionist Kenny Malone (Crystal Gayle, Garth Brooks); there are few in town that these guys haven’t played with. “Malibu Man” breezes by on Wood’s organ riff and Matt Combs’ sunny strings, a yacht rock anthem complete with desanctified gospel vocalists. “Shine On Me”, featuring crisp rhythm guitar courtesy of Mark Knopfler, is Auerbach’s ode to either Fleetwood Mac or Katrina & The Waves.

Auerbach has always blurred regional and musical distinctions. Fifteen years ago, when the Black Keys stormed out of their Akron, Ohio, basement, their sludgy blues-rock songs sounded more like North Mississippi juke joint legends Junior Kimbrough and RL Burnside than any of the turn-of-the-century garage-rock groups with whom the duo were immediately grouped. Those influences spoke vividly to the rubber factories and tyre companies of their hometown, and the abraded tone of Auerbach’s guitar and the clockwork grooves of Patrick Carney’s drums echoed the rhythms of local assembly lines.

For years the duo mined that industrial blues aesthetic determinedly, only gradually polishing up their sound and imagining new avenues of attack. They took baby steps out of the basement in the late 2000s, most notably with their 2008 album Attack & Release, but it took them leaving Akron, and Auerbach moving down to Nashville, for The Black Keys to finally hit their stride with a series of inventive, even playful albums like 2010’s Brothers and 2011’s El Camino.

In between The Black Keys and side-projects like The Arcs and Blakroc, Auerbach has settled into a side career as a producer helming albums by a range of artists, including Lana Del Rey, Valerie June, Dr John and Ray La Montagne. Waiting On A Song sounds like an offshoot of that enterprise, with its sophisticated and summery tone and its conception of the studio as sweet shop. Only “Cherrybomb” overreaches, riding a mid-tempo drum rhythm that isn’t exactly funky and ultimately sounds like a minor Beck B-side from the early 2000s.

At times, Auerbach comes across as an artist emulating his heroes and figuring out their best tricks. Motown’s Berry Gordy looms large over the proceedings, as do locals Owen Bradley and Fred Foster. “King Of A One Horse Town” recalls the space cowboy vibe of Lee Hazlewood, although Auerbach compensates for the obviousness of the influence with one of his finest hooks.

As imaginative as his guitar playing can be, Auerbach’s vocals can be limited; at his best he’s managed to turn that shortcoming into a convincing deadpan, underplaying the humour of The Black Keys’ biggest hit, “Lonely Boy”. On Waiting On A Song he ably conveys the candy-coated whimsy of the title track and sunny alienation of “Malibu Man”, but can’t quite sell the humour of a song like “Stand By My Girl”. “I’m gonna stand by my girl,” he mock-declares, “because she’ll kill me if I don’t.” It’s not a great line to begin with, but it barely sounds like a joke coming out of Auerbach’s mouth.

And yet, Auerbach’s obvious affection for these touchstones, and for these performers, more than makes up for such shortcomings. It’s refreshing to hear him still tinkering in the studio, making a home in his hometown and showing just how expansive the city of Nashville can sound.

You wrote several of these songs with John Prine. What is he like as a writing partner?
I think John has a way of making you feel incredibly at ease. Like that babysitter you knew who’d let you get away with anything. He’s great. He makes me want to be better and to work harder. Being around him is so inspiring.

What was it like working with these Nashville legends?
I met most of them through my buddy Fergie [famed country engineer David Ferguson], and some of them I’ve been working with in the studio for years now – on the Lana Del Rey, Ray LaMontagne and Dr John records. They’ve become my crew at the studio.

Is there an urge to put them in new circumstances?
I don’t think I make it new; I think we record in a way that reminds them of when they were working in ’60 and ’70s, in a creative environment, when radio was open-minded, and you could have a hit outside of the box. These guys were on some of my favourite out-of-the-box hits from that time, and they happen to live in Nashville.
INTERVIEW: STEPHEN DEUSNER