Journey through the past... The songwriter's solo debut proper is his most personal statement yet... 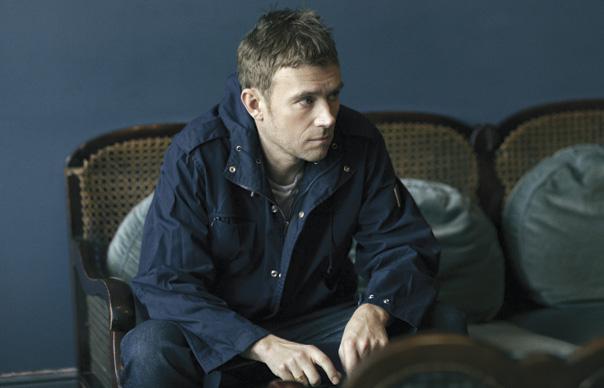 Ironically, Damon Albarn‘s most personal project so far doesn’t open with the singer himself, but with the whiskery bohemian tones of ’50s jazz-rap cat Lord Buckley, renowned for his surreal beat monologues, often delivered whilst sporting military ‘tache and pith helmet. “They, they didn’t know where they was going,” barks the Most Immaculately Hip Aristocrat, “but they knew where they was wasn’t it.”

Despite being an outsider’s words, they are remarkably apt for Albarn, who despite his success has managed to remain something of an outsider in the pop universe himself. Indeed, it could be the mission statement for his career. For wherever his interests lie at any particular moment – imaginary plastic beach, pan-continental musical hybrid, oriental fantasy, enigmatic historical polymath – the one thing you can guarantee is that it won’t be the same impulse driving him next week, next month, next year.

Which makes Everyday Robots all the more surprising: because for the first time, this always forward-moving artist has chosen to hit pause and rewind on his life, scanning back through snatched glimpses of childhood, adolescence and problematic maturity to create a musical portrait of himself. Not a strict, naturalistic portrait – those are rarely successful, and too often degenerate into point-scoring retribution – witness Dylan’s “Ballad In Plain D” and the bitchier entries in The Beatles’ break-up – but a coded, semi-abstract picture in which musical shapes and lyrical images assume anthropomorphic forms and suggestive tableaux, whether it’s children swimming in an East London pond, eight hours of “freedom taking cocaine” on a tour bus, Notting Hill vibrating with post-carnival energy, or “flying over black sands in a glass aeroplane”, a particularly resonant line from “Photographs“.

That track also features a proto-hipster soundbite, Timothy Leary warning some psychedelic initiate about being careful with photographs. It’s a premise Albarn extends into the notion “When the photographs you’re taking now are taken down again,” an acknowledgement of the inevitable cycles of time that render all images transitory, even as the images freeze all motion: that frozen moment hurtles into the past, and is gone. Or at least, it used to be gone: now, just pressing “SEND” impales the subject on the spike of global ridicule, forever.

This is a subtext of Everyday Robots, the way that interpersonal communication is increasingly ceded from a world of fleshly bonhomie to a technological realm, one more methodical yet bewilderingly abstract – how can you tell the “person” you’re “chatting” with on social media is what they claim to be, or indeed, not just a cunningly-programmed machine? “We are everyday robots on our phones,” suggests the title-track, “…looking like standing stones, out there on our own.” A rickety mechanical gait carries a typically poignant Albarn melody picked out in a simple piano figure, with a curiously unsettling recurrent high-pitched violin squeak lending a discomfiting edge to the wistful strings.

That musical formula dominates the arrangements of Albarn and producer Richard Russell, with songs suspended in a fragile net of glitchy found-percussion loops, field recordings, melancholy pastel melodies and tints of strings. It’s beautifully designed to evoke both the reluctant abandonment of time in many songs, and the creeping alienation of “Hostiles” and “The Selfish Giant”. The latter is especially haunting and memorable, typically Albarn in the way it blends the engaging and the experimental, with delicate details of winds and glockenspiel picking out the sadness of the situation – “It’s hard to be a lover when the TV’s on, and nothing’s in your eyes” – over Keith Jarrett-esque piano flourishes.

Elsewhere, wistful harmonium and swirling synth underscore “Photographs”, while piano and acoustic guitar surf the keening decline of Eno’s synth on “You And Me”, its fading carnival glories condensed to a residue of steel pans about four minutes in. “I met Moko Jumbie, he walks on stilts through the All Saints Road,” claims Albarn, referring to the African carnival spirit co-opted into the Notting Hill Carnival, but which he first encountered in the Congo. Another of his African encounters is celebrated in “Mr Tembo“, the album’s simplest, most joyous singalong moment. Dedicated (and first sung to) a baby elephant in Tanzania, it’s a light, frisky ukelele number over a shuffle-rattle percussion groove, with a gospel choir from Albarn’s childhood manor of Leytonstone brimming with upful exuberance on the hooky refrain. The elephant, apparently, was being transported elsewhere: “He’s where he is now, but it wasn’t what he planned,” sings Albarn, creating a neat link back to the Lord Buckley quote that opens the album.

His Leytonstone roots are referred to again in another of the standout tracks, “Hollow Ponds“, perhaps the most ambitious attempt at telescoping time here. Brief glimpses whisk us back and forth: kids cooling in a pond in the heatwave of 1976; the road he once lived in being severed by the M11 link road in 1991; seeing the graffiti “modern life is rubbish” sprayed on a wall in 1993. Flugelhorn lends a touch of wan yearning over acoustic guitar arpeggios and organ, with evocative children’s playground voices summoning us back to simpler times.

On a sometimes courageously candid album, perhaps the most revealing track is “The History Of A Cheating Heart”, where over delicately naked acoustic guitar and a poignant three-chord string figure, he admits the intrinsic infidelity of creativity: “I carry this upon my back always/If you fall, then I will put you back/I do love you, but it’s just a fact/The history of a cheating heart is always more than you know”. It’s a moment of brave vulnerability characteristic of what is a predominantly melancholy album, which is perhaps an unavoidable corollary of retrospection. It’s surely this realisation that leads Albarn to close the album with “Heavy Seas Of Love”, where Brian Eno‘s fulsome, cheery lead vocal drives home just how sad the rest of the album is by comparison. But the hopeful tone of this song of fellowship points to another aspect of Albarn’s character – the outgoing, organisational spirit that pulls together diverse companies to create musical links between continents. For the most part here, however, Everyday Robots is a less ebullient, more intimate and reflective affair, as befits the tentative revelation of a man’s soul.
Andy Gill

Visit our dedicated features section, with plenty of our best long pieces archived there. You can find it here.