Cowboy Junkies – All That Reckoning 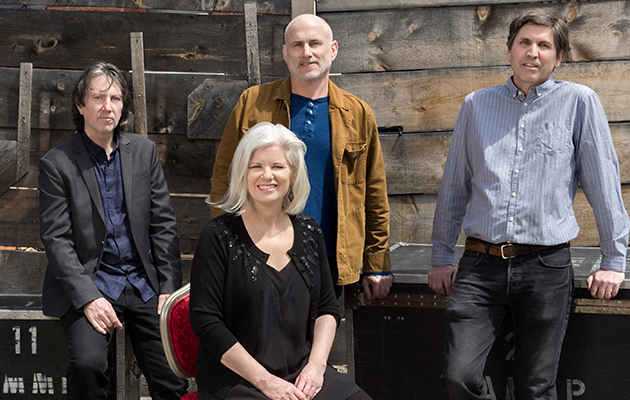 It’s been six years since The Wilderness, the last of the four Cowboy Junkies albums comprising The Nomad Series, and 30 since the groundbreaking slowcore gut-punch of The Trinity Session announced them as a uniquely intense proposition. Marking the passing of time feels important: All That Reckoning sounds like the record the Cowboy Junkies have been building up to their entire career.

As the title implies, and as they explained to Uncut last month, it covers the hard yards of romantic commitment and political and social disillusionment. Or, as songwriter Michael Timmins explains, it’s a bunch of fiftysomething Canadians “sniffing our way through life, step by step”.

The theme is encapsulated in “The Things We Do To Each Other”, one of several songs that resonate on both an intimate and universal level, recognising that – whether at the kitchen table or in the corridors of power – when “you get the folks to fear”, all bets are off. Elsewhere within these songs are “mugging politicians”, vanished children, nationless citizens, mattresses of poison, ruined kingdoms, lost love only partially regained, and the vast, ordinary sorrows of ageing.

If the lyrical terrain is tough going, the accompanying music is more reassuringly familiar. It’s a stately North American noise, close to blues, touching country, shading rock. The quieter parts are beautiful but never gratuitously pretty. The more animated moments reach back to the panoramic psych-blues of Sing In My Meadow, pitched somewhere between Bob Dylan’s “Can’t Wait” from Time Out Of Mind and Neil Young’s more muscular work-outs.

Throughout, there’s a churning below the waterline that constantly threatens disruption, a mutinous whirlpool of backwards guitars, distorted vocals, shimmering cymbals. On “Wooden Stairs”, where the scars of loss are carved into a single recurring memory, the music pushes and pulls like the sea. “Mountain Stream” – a mournful parable about a “king of empty things” – is troubled by screeds of treated guitars.

It coheres with an easy unity, the band welded together as though one immutable instrument, and though the effect is less radical than 30 years ago, their soft attack can still stun. The cool murmur of Margo Timmins’ voice remains a potent weapon, sometimes sweetly languid, sometimes murderously quiet. On “The Possessed”, a simple ukulele strum, gentle as a lullaby, she harbours a medieval devil, lurking chimerically in the light, the air, the water, and finally in the arms of a lover.

All That Reckoning lays out its over-arching concerns in the opening minutes. The title track is a lowering document of personal disarray and fraught surrender. “When We Arrive” casts its net wider, encompassing the “world of self-delusion… days of death and anger”, where people are cast seawards, exiled from home, the most they can hope for to “at least be holding hands when we arrive”. The baritone guitar riff recalls Bowie’s “Lazarus”; Timmins’ voice is alternately wreathed in reverb and hissing treble. The reckoning is both close to home and far, far away, and equally terrible either way.

Further dispatches follow from tumultuous times. The extraordinary “Missing Children” uses William Blake’s The Tyger as the inspiration to honour the lives of disappeared youths, seeking out the horror and humanity that lies behind the “frozen” photographs flashing by on local news channels. Timmins’ voice is all bluesy drag and drawl, while the music crackles. The crunching stoner-boogie of “Sing Me A Song”, similarly, rears like a gathering storm. While the verses are a consciously trite hymn to hashtag idealism – “Sing me a song about life in America, sing me a song of love” – the verses zero in on individual acts of casual cruelty.

The skeletal “Nose Before Ear” is a claustrophobic, densely allegorical prowl, penetrated by a brilliantly taut vocal, Timmins summoning up all kinds of dread and a “grief more dense than hearts can bear”. Just off-centre, a howl of atmospheric guitar and fiddle recalls the Bad Seeds at their most spectral. “Broken,” sings Timmins. “That’s why  the blues were born.”

Burnished with piano and organ, and deftly resisting the urge to balloon into an anthem, the haunting “Shining Teeth” embarks on that most potent and symbolic of North American journeys, going down to the river in a bid to wash the pain away. It’s a road taken more in hope than expectation. There are no easy answers here, nor many signs of redemption. Vigilance is key. If you lost touch with Cowboy Junkies some time ago, perhaps taking their unhurried grandeur for granted, All That Reckoning presents a brave, beautiful and timely opportunity to pick up the thread.