The ’shop re-opens; business not quite as usual 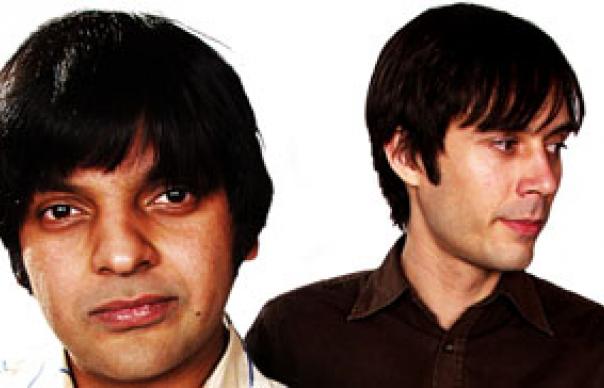 Tjinder Singh may deny it, but his band has always behaved as if commercial success was something to be endured. I remember seeing Cornershop play in Edinburgh at the height of their popularity, in February 1998. “Brimful of Asha” had gone to No 1. They had been on Top Of The Pops the previous evening. There was a sense of expectation among the crowd that night, but Cornershop played as if they had suffered a bereavement. They then waited three years to release a disco-inspired follow-up, using the unGoogleable band-name Clinton. Their next album proper, Handcream For A Generation, didn’t arrive until 2002. As an exercise in career-building, it was totally perverse.

Handcream didn’t replicate “Asha”’s success, but seven years later it still sounds fresh. Indeed, the initial comparison with Judy Sucks A Lemon… is damning. “Who Fingered Rock’n’Roll” may be conceived as an opening salvo on the state of the music business, but it sounds, at first, like Primal Scream’s “Rocks” dusted in turmeric. Gone is Handcream’s funky energy, replaced – it seems – by a listless hybrid of rock and gospel.

But repeat plays show this to be a misconception. Cornershop’s 2009 incarnation may not have the kinetic energy of the 2002 model, or the accidental pop brilliance of “…Asha”, but it isn’t short on inventiveness. The songs are loaded with joyous harmonies, reflecting Singh’s abiding passion for gospel music, yet even when they allow lyrics about redemption and the Sea of Galilee – as on the epic closer “The Turned On Truth (The Truth Is Turned On)” – Cornershop are unable to stick within the conventions of genre. Yes, the song has a churchy organ, but it’s also doused in the sweat of Southern soul, while the ebb and flow of the groove is built on apparently unconscious reworking of the riff from “Asha”. Whatever, it’s pretty much majestic.

“The Roll Off Characteristics (Of History In The Making)” mines a similar seam. It purports to be an anti-war, pro-people song, but that’s not something you’d glean from the sheet music. It’s an uncategorisable slice
of jazzed-up pop, with lyrics which hang together without making literal sense. Only in Tjinder Singh’s mind would a chorus of “war ain’t nothing but technical plip-plop” seem like a proportionate response to the fighting in Iraq and Afghanistan, but the sense of infantile mockery does the job.

Apparently, Cornershop’s absence has coincided with the band busy being parents. Consequently, Singh has spent much of his sabbatical singing to kids. On “Roll-Off”, and elsewhere, the lyrics seem to work on a subconscious level. They don’t exactly make sense, but there is a nursery rhyme quality to them which makes them feel right.

The same can be said of “Free Love”, a psychedelic monster with non-English lyrics, a bubbling bass-line and scything strings. Apparently, the original version was 56 minutes long. Only six of those minutes have survived, but they glide by in a psych haze of fractured rhythms and testcard melodies.

The word for all of this should be “fusion”, if that term hadn’t been debased by association with fretless bass abuse and World Music without a map. But Cornershop aren’t about bad cooking. They’re a cheap transistor radio, jammed on the Medium Wave, simultaneously picking up signals from around the planet, and stitching them together with dub static and interference. It sounds familiar, new, and accidental.

There’s a cover here, of “The Mighty Quinn”. Rock purists may now be thinking about Dylan and the Basement Tapes. Forget it. The song is included because it was the second English 7” Singh ever bought: the Manfred Mann version, obviously. It’s a childish verse, innocently remembered. And that, I think, is what Cornershop are aiming for: music that moves the soul without necessarily engaging the mind. They are trying to re-engineer the seeds of pop and sew them in the hedgerows of memory and intuition. They wait. And wait. Then they plough on.

What have you been doing for seven years?

Seven years?! Well, we’ve all got kids, except for the percussionist, who’s got bees. We’ve been looking after kids, baking a bit of bread and doing the odd bit of music. I was away in Paris for a couple of years. But we’ve
not stopped. We know our limitations, and I don’t think up until this year that an album like this would have found any water. There’s been white guitar indie music or white and black R&B. There’s not been the room for experimentation that there was in the ’90s. But the resurgence of dance music shows that things are going to change.

What’s it like coming back after so long away?

We have to start from scratch every time, whereas other groups have had a great, boring catalogue of success. It’s rather sad. But the glimmer of hope is that 10 years later, people latch on to it. When we started we didn’t care if Asians were listening to us, in fact we knew that Asians would want to kill us as much as the Far Right for doing what we were doing. But as long as people get into it, somehow, that’s what makes it worth continuing.