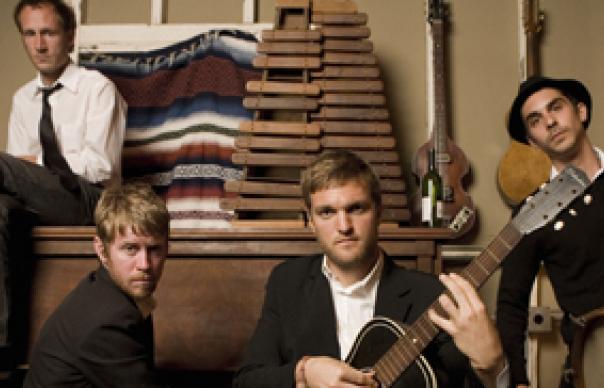 The emergence of The Hold Steady has prompted chatter of a blue-collar rock revival in America. The gothic Americana and wry whimsy that are US indie’s current default settings are purportedly on the way out, leaving the spotlight to dead-end dreamers who blow their paychecks at the bar on a Friday night in fervent but futile pursuit of the runaway American dream. Few of the bands involved have punched the clock for longer than a college vacation, but that hardly seems the point.

Cold War Kids have been conveniently tucked into this rickety scene, thanks to their piano-propelled bar-room stomps and noble tales of night shifts, alcoholic breadwinners and “street thugs who clip the tyres”. It’s not an entirely errant piece of pigeonholing, but there’s a starchy, precocious detachment to Cold War Kids’ street-level chronicles that distances them from their working-class characters. And while The Hold Steady appear to find redemption through hedonistic bonhomie, Cold War Kids subscribe to a higher power: the band formed at a private Christian university – although the song “God, Make Up Your Mind” suggests that, like the best bluesmen, their faith is not unquestioning.

There’s a real gift for drama here, as revealed by the tempo abruptly slowing down in “We Used To Vacation”’s confessional chorus, and by Willett’s sleazy, metaphorical evocation of “the muck and mire” on “Hang Me Up To Dry”. Give Cold War Kids an episode of Six Feet Under or The Wire to script and soundtrack, and they’d excel.