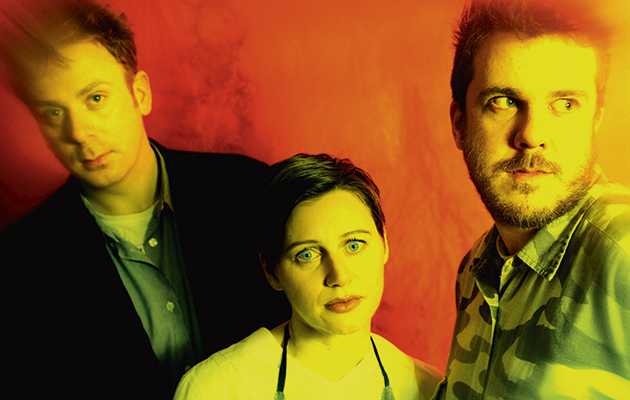 Over their final five years, Cocteau Twins released some of the bravest, most enthralling music of their career. So why didn’t it seem so at the time? One virtue of Treasure Hiding: The Fontana Years – a 4CD compilation of the two albums and other recordings that followed the trio’s tenure with 4AD – is how it creates a fresh context for music that was often dismissed as more of the same, only not quite so sublime. Yet the problem was not with them (though as indicated by the revelations of Rumours-level messiness that emerged after their split in 1998, the Cocteaus had no lack of problems). It was with those of us who foolishly took them for granted. If we’d only known how seldom we’d hear Elizabeth Fraser sing new songs in the decades since, we would not have been so cavalier.

Even so, there was bound to be a comedown after 1990’s Heaven Or Las Vegas, the rapturously received sixth album which yielded the band’s first Top 10 entry in the UK and commercial breakthrough in the US. That sort of success has many side effects, one being that a band whose sound had been so unique now had to compete with many stylistic descendants. In the case of Cocteau Twins, this progeny ranged from more commercially savvy acts who aped Fraser’s sumptuous soprano and the songs’ lush, melancholy swirl (Sundays, Cranberries), to shoegazers even more in love with their pedals than Robin Guthrie was (Slowdive, Ride). The unexpected split with 4AD – Ivo Watts-Russell dropping the act after a falling-out with Guthrie – also stirred up the suspicions that arose when any much-cherished artist of the era crossed the indie-major divide.

There was wariness about changes to the formula as well. The most dramatic was Fraser’s continued shift away from the ecstatic swoops of glossolalia that filled Treasure and Blue Bell Knoll. In their place were lyrics that could seem disconcertingly comprehensible even if their full meaning would not be clearer until much later. It’s now far more obvious how much Four-Calendar Café – originally released in 1993 and presented here with a new remaster supervised by Guthrie – reflects the fraught circumstances of its creation. As Fraser’s relationship with Guthrie crumbled under the pressures of parenthood and his worsening addiction issues, feelings of uncertainty, anxiety and anger poured out of her. “Are you the right man for me?” she wonders in “Bluebeard”. Elsewhere, the language of psychotherapy sessions and late-night diary entries predominates.  “I am not the same, I’m growing up again,” she sings in a wrenchingly vulnerable passage in “Evangeline”. “There’s no going back, I can’t stop feeling now.” The album’s recording was interrupted halfway through when Guthrie entered rehab. He’d later note how he’d crafted the album’s more upbeat material while still “bombed”, the graver likes of “Essence” emerging from his new sobriety. Fraser was also briefly hospitalised for a nervous breakdown.

However painful the duo’s breakup, they found the means to persevere. There were rosier developments too, like Fraser’s intense affair with a young singer who idolised her: Jeff Buckley. She’d later pay homage to him on “Rilkean Heart”, an especially lustrous song on 1996’s Milk & Kisses. The album’s spareness and serenity may suggest it was born of less difficult times, but Fraser’s struggles remain palpable. In “Rilkean Heart” she apologises for the demands her need for love create for anyone she expects to “transport me out of self and aloneness and alienation into a sense of oneness and connection, ecstatic and magical”. Such is Fraser’s genius at phrasing, she makes even this potentially ungainly confession seem transcendent.

Another virtue of Treasure Hiding is how it proves Cocteau Twins albums were often trumped by their accompanying EPs. That was certainly the case for Milk And Kisses, which was preceded by two stunning and stunningly different four-track releases in 1995. While “Twinlights”’ largely acoustic versions of new songs like “Half-Gifts” and Tiny Dynamine’s “Pink Orange Red” are stunning for their grace and intimacy, “Otherness” sees them venture into the field of post-rock abstractions then being explored by acts like Seefeel, whose Mark Clifford contributes a dubby deconstruction of Heaven Or Las Vegas’ “Cherry-Coloured Funk”. More riches lie among the trove of rarities, radio sessions and, of course, renditions of “Winter Wonderland” and “Frosty The Snowman”.

Really, the only thing that still casts a pall over these latter-day treasures is Fraser’s regret about persisting with the band after her breakup with Guthrie, attributing her reluctance to continue her music career on the stresses of the Cocteaus’ final years.  “I wasn’t strong enough to stop it,” she later said. Nevertheless, this music should not continue to be deemed evidence of decline after greater glories. Instead, the glories they achieved here may be more heroic given the troubles that surrounded them.