Coco Rosie- The Adventures Of Ghosthorse And Stillborn 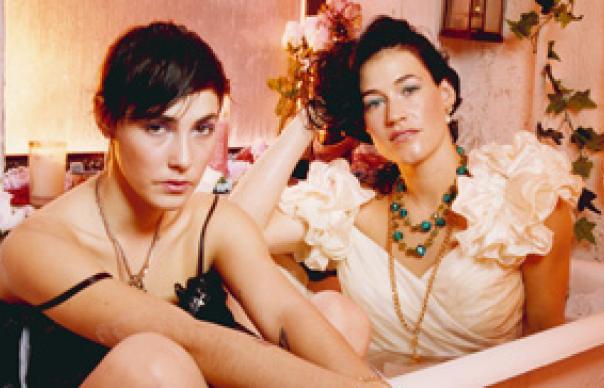 Opera and hiphop – the connection may not be obvious at first. But this third album by Paris/New York denizens Bianca and Sierra Casady – alumni of 2005’s class of oddballs, and friends of Devendra Banhart and Antony Hegarty – are happy to wheel them onto the same playing field.
It’s not too hard to see why. While Sierra trained as an opera singer in Paris, Bianca has soaked up influences from street-smart hip-hop, and the themes common to both forms – love, death, vengeance, hubris, and fantasy – are what you find in abundance here. So it is that opening track
“Rainbow Warriors” is their most explicit breakbeat venture yet, but still introduces a concept album that’s supposedly based on the exploits of Wee Willie Winkie. Well, of course.

The contrast is most explicit on “Japan”, where a chorus spouts nonsequiturs about different global destinations including Japan, Jamaica and even Iraq. Meanwhile, erstwhile guest star Antony Hegarty returns to slur an appearance on the closer, “Miracle”.
We’ll probably never be privy to some of the album’s more coded references: the “Bloody Twins”, a father figure that’s “another Western vampire, same time, same place” (“Werewolf”), or the curious protective ceremony described in “Rainbowarriors”. But this private twin language makes for an engaging piece of musical magic realism.