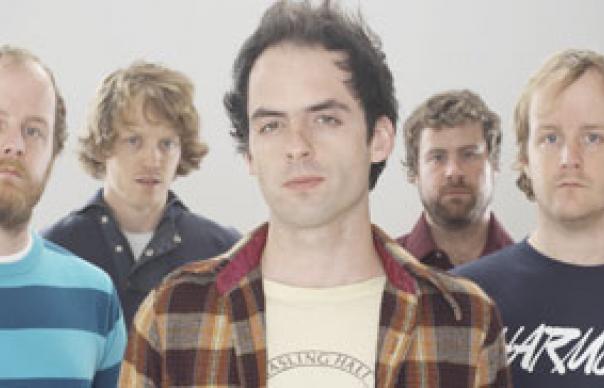 I didn’t realise how much I’d grown to like Clap Your Hands Say Yeah’s debut album until it dawned on me that I’d been playing it virtually daily for nigh on a year. What at first had seemed no more than cheerfully engaging had become something of an addiction. I really couldn’t get enough of its mentholated neurotic breeziness, so reminiscent of early Talking Heads, and I’m a sucker for anything that draws as wonderfully on the relentless thrum of The Velvet Underground’s “What Goes On” as CYHSY at their headstrong best.

This was thoughtful and exciting modern American music that also had something in common with the collegiate rock of Arcade Fire and The National, knowing and intense. I’d have been more than passably happy if there’d been more of it here. But it seems to have been important to Alec Ounsworth – the main architect of what we’re listening to – that CYHSY should be seen to have “moved on” from the more chipper moments of the first album, add a little ballast and gravity to their sound. To which end they’ve brought in ubiquitous producer Dave Fridmann, who does so much to render Flaming Lips unlistenable.

The results at first seem patchy. Fridmann brings along his usual bag of tricks, and there’s a predictable cavalcade of bleeps, scratches, hazy atmospherics and an assortment of random plinkings, burps, queasy discordancies and staticky irrelevance. No doubt Clap Your Hands think this is all terribly grown up, “deeper”, perhaps more meaningful than what they’ve done before. Initially, however, it’s simply distracting.

Persevere, though. There are some brilliant moments here – notably the winsome drift and melodic starbursts of “Mercury Walks An Orange Sun/She Arrives In Relative Stitches” and the delirious “Satan Said Dance”. “Goodbye To Mother And The Cove”, meanwhile, is as lovely as anything they’ve done, including the great, John Cale-inspired “Details Of War” from their debut. A flawed but fascinating follow-up.