Confessions of the great Pretender 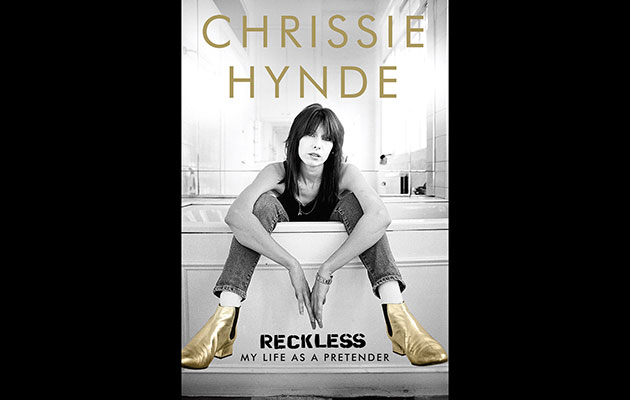 The evocative opening chapters of Chrissie Hynde’s Reckless describe an idyllic American childhood in Akron, Ohio and are so well-wrought you think you’ve mistakenly started reading something by Richard Russo or Richard Ford. Things quickly get cloudy, though.

It was all her fault, she now claims – “You don’t fuck around with people who wear ‘I Heart Rape’ and ‘On Your Knees’ badges” – a controversial opinion, much criticised after a recent Sunday supplement interview. It better suits the book’s narrative, however, for her to be seen less as victim than hardboiled survivor, unbowed by circumstance, the defiant author of her own scattered life.

Things eventually get better for her, but it’s a long march towards The Pretenders. She moves to London (her wide-eyed first impressions are hilarious), writes briefly for NME, drifts in and out of the emerging London punk scene before, finally, finding her dream band.

Curiously, there are less than 100 mostly acrid pages on The Pretenders, whose career was too quickly derailed by chronic drug abuse, heavy drinking, debilitating tours, bitter internal dispute and death. Guitarist James Honeyman-Scott died in June 1982 after a cocaine binge, two days after the sacking of increasingly smacked-out bassist Pete Farndon, who eight months later was found drowned in a bathtub, a needle in his arm.

The writing here is jittery, agitated, rushed, angry, everything perhaps too painful to linger over, including her barely-mentioned marriage to Ray Davies. The book then ends abruptly, 30 years of her life unaccounted for, mentioned only in a brief epilogue, as if none of it mattered enough to write about.