Chris Robinson Brotherhood – Anyway You Love, We Know How You Feel 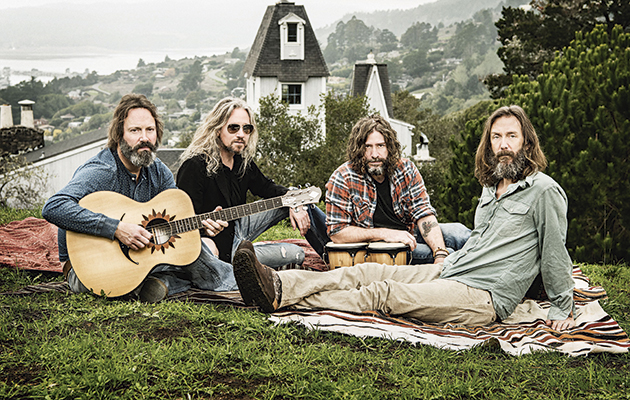 It’s been more than 25 years since the Black Crowes released their smash debut, “Shake Your Money Maker”, and more than 20 since they enjoyed anything resembling a popular hit. While they may have broken up for the third time in 2015, following another squabble between the Robinson siblings, the pair have thrived surprisingly well out of the spotlight, Rich as a solo act and Chris as frontman and namesake of the Chris Robinson Brotherhood. The latter formed in 2011 around the core of Robinson and songwriter/guitarist Neal Casal, and in the five years since, the band has released four studio albums and two live collections—a prodigious output that belies their reputation as quintessential stoners. Their name may mark them as unapologetically bro rock, but their music is studious and specific, full of vivid details and inventive musical flourishes that demonstrate a deep knowledge of rock music and little reverence for the boundaries between genres.

The Brotherhood’s prolific release schedule has allowed fans to track the band’s development in real time, to watch this group of veterans shirk ego and over time devise a common collective identity. Their debut, 2012’s Big Moon Ritual, introduced them with a strong set of songs, but each new record has been slightly more imaginative than the one before, as though the group, which also includes keyboard player Adam McDougall and new drummer Tony Leone, were discovering the new freedoms that collaboration allowed. That growing confidence culminates on their fourth album, Anyway You Love, We Know How You Feel, arguably their best, their liveliest, and certainly their most Brotherly.

This is the band at their most casually omnivorous, their most gregariously ambitious. The Brotherhood draw from a deep well of ‘60s and ‘70s classic rock, folk, reggae, prog, kosmische, psych, and garage rock, tripping merrily on the juxtaposition of so many styles, sounds, and scenes. Opener “Narcissus Soaking Wet” (Robinson’s first co-write with McDougall) transmogrifies with Aquarian fluidity, starting off with some genial funk rock riffing, gradually growing heavier and weirder, then breezing its way into a harmonica solo practically quoted from Stevie Wonder. It’s not confused, or even showy, really; just agog at the idea of old pop music as an endlessly renewable resource. McDougall emerges as the Brotherhood’s secret weapon, especially on the freak-out “Give Us Back Our Eleven Days” and “Some Gardens Green”, which sounds like it’s set on La Planète Sauvage.

Similarly, Robinson’s Dylan impersonation on “Forever As the Moon” is too giddy to be mere hero worship; instead, he sounds like a man who has just mastered a new instrument. Dylan is not just an obvious influence, but a sound to be toyed with. Remarkably, Robinson never loses himself in the haze of classic rock references. Rather, he emerges as just another dude with a close relationship to music, and on Anyway You Love… his enthusiasm is infectious. The best moments on the album are the ones that take familiar sounds and put them in new settings.

“Oak Apple Day” is a lackadaisical hammock jam that foregrounds a weird keyboard riff that’s part Kraftwerk abstraction, part Wakeman pretension, part postpunk synth experiment. You might wish the Brotherhood had deployed that peculiar sound in service of a sentiment that went beyond sunny-afternoon laze, but there is something like anger in Robinson’s voice as he sings, “Relax your mind!” It’s not just a hippie philosophy, but also something like an address to the nation—in this case, of course, America—not to be so uptight about inconsequential shit.

Maybe he’s talking about marriage equality or teen bullying or any other issue. Or maybe not. Robinson insists he’s not a political musician, and it’s not hard to believe him when he says he didn’t intend that album title to be a state-of-the-union address. But that doesn’t mean it’s not what he and the Brotherhood have created. Despite its deep immersion in rock’s storied past, Anyway You Love, We Know How You Feel sounds anchored in the present moment, offering a bit of empathy and perhaps even solidarity with those for whom the very idea of love has been politicized beyond their control.

“Let the music play,” Robinson sings on “Forever As the Moon”, sounding almost optimistic. “Let the people parade in many colors.” However they were created, these songs achieve something like topicality, sounding all the more invigorated and just plain fun for having one foot in the past and the other in an uncertain present.