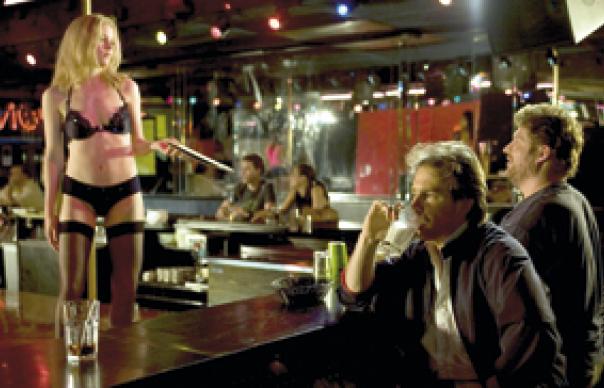 Fight Club author Chuck Palahniuk says he “could not be happier” with this adaptation of his fourth novel. The unique tone of Chuck’s books poses plenty of problems to directors: shocking, taboo-taunting and fuelled by jet-black humour, Choke dares the debuting Gregg to go too far or not far enough. That he gets it pretty much bang-on (he also appears, and wrote the screenplay) is testament to an absolute grasp of Palahniuk’s aims and themes. This is funny, twisted and perceptive.

Victor (Rockwell’s best turn yet) is a conman who dupes good-doers into saving him from choking, then taps them for sympathy cheques. His day job involves costumed work at a historical theme park: cue much humour with antiquated language. Meanwhile he’s getting laid at sexaholics recovery meetings and visiting his ailing mother (Huston), who doesn’t recognise him. Her nurse (Macdonald) wants his body, but that’s because he is, perhaps, the Son Of God.

A psychotically uncompromising satire of, well, damn near everything, Choke hiccups once or twice but is otherwise near perfect.