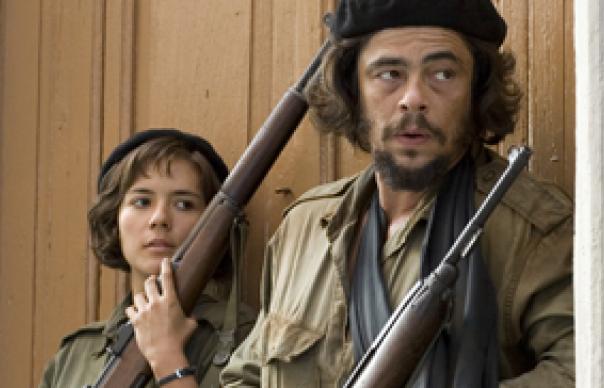 No doubt about it, Steven Soderbergh’s two-part biopic about Che Guevara is one of the boldest projects recently undertaken by a mainstream American director. Whether the result entirely pays off is something posterity will decide, but for now the diptych is easier to admire than to enjoy. Part two of the film traces its subject’s downfall, following Che’s ill-fated 1966 attempt to bring about revolution in Bolivia, leading to his capture and eventual death.

Entirely different in feel to the jigsaw-structured first part, this film is effectively a day-by-day account of Che’s final year. With titles announcing ‘Day 205’ and such the film, largely situated in the Bolivian forests and mountains, feels practically as if it’s happening in real time, offering a rigorously matter-of-fact, deglamorised account of a guerilla campaign. Soderbergh deserves all credit for attempting a very un-Hollywood project, an objective, forensic war film in the lineage of Pontecorvo’s The Battle of Algiers, and as Benicio del Toro is convincing as the warrior in decline.