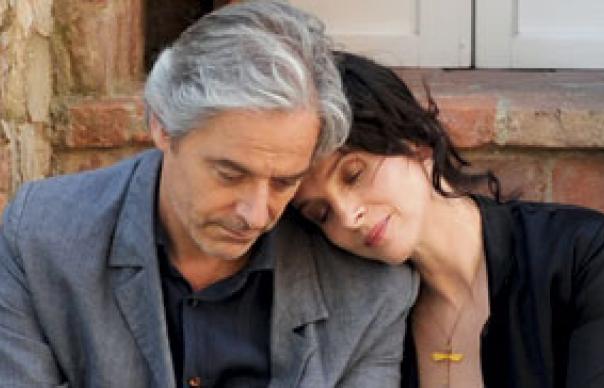 Iranian maestro Abbas Kiarostami<.strong> steps outside his home country, but not his usual philosophical domain, in this Italian-shot, somewhat literary two-hander – with dialogue in French, English and Italian.

British opera singer William Shimell plays a writer who meets a mysterious, nameless woman (a mercurial Juliette Binoche) and ends up accompanying her on a rural jaunt.

After discussing notions of reality and fakery, the pair start role-playing as a married couple – unless, of course, they really are spouses pretending to be new acquaintances.

Kiarostami keeps us guessing as the crisp dialogue moves through every conceivable variation on marital unease. This deceptively slim film might not be Kiarostami at his most heavyweight, but it’s a rewarding and mischievous slice of cerebral entertainment.