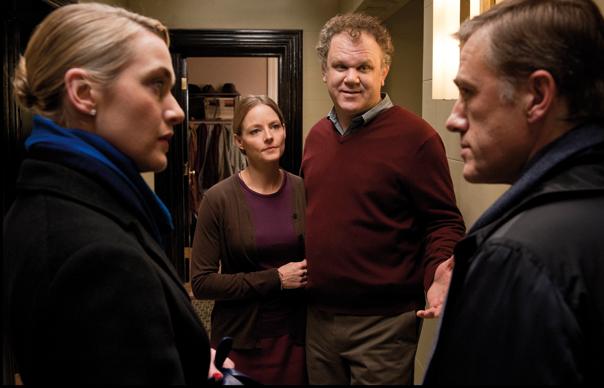 Roman Polanski is an expert in confinement. Whether Adrien Brody hiding in a bombed out house in The Piano or Catherine Deneuve confronting her demons in Repulsion, his films are full of people in cooped up spaces. (In his own life, he recently spent months under house arrest while fighting extradition to the US.)

His new film Carnage, based on a play by Yasmina Reza, takes place almost entirely in a New York apartment where two couples are discussing an incident involving their young children at school.

This is one of the few comedies that Polanski has made. It is very well performed by the leads – Jodie Foster as the mousey, well-meaning Penelope, John C. Reilly as her boorish husband, Christoph Walz as the businessman who clearly cherishes his Blackberry as much as he does his child and Kate Winslet as a career woman with a weak stomach.

Polanski’s project here is akin to those carried out by Luis Bunuel in his searing dissections of bourgeois mores. Just occasionally, the pace drags but the film is only 80 minutes long and has a barbed and very vicious undertow.
Geoffrey Macnab