The ups and downs of living off-grid with Viggo Mortensen 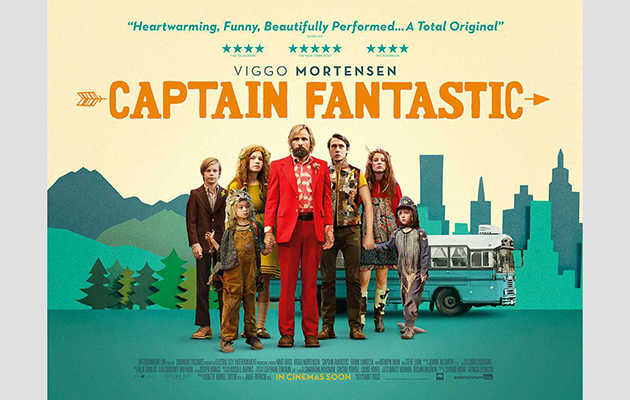 The appeal of living off-grid, adopting a primitivist lifestyle disconnected from the mainstream, is given a boost in Matt Ross’ new film. Here, he shows us an Eden-like existence in the remote forests of the Pacific Northwest, where Viggo Mortensen’s Ben is a tough but good-hearted patriarch busy raising his six children, away from the corruptive influence of The Man.

By day, Ben tutors his brood in survival skills – there is mountaineering, hunting and martial arts – while by night he administers a robust education program ranging from 19th century Russian literature to particle physics. Alas, for all Ben’s nature skills and degree-level syllabus, the children are clearly unprepared for the real world. When their mother dies, Ben and his children embark on a five-day journey to New Mexico, where his wife’s parents are holding a Christian funeral. There is much humour – deft or otherwise – in various children’s reactions to a number of firsts: visiting a diner, seeing a video game, kissing a girl.

But while there is much to enjoy here – Mortensen’s light, comedic touch; strong support from Frank Langella, Kathryn Haan and Steve Zahn – the radical authority driving Ben’s anti-capitalist stance is gradually replaced by Ross’ over-reliance on idiosyncratic set-pieces. In places, Captain Fantastic explicitly strains for the same kind of crowd-pleasing indie-quirk as Little Miss Sunshine (another film that opens in an atmosphere of psychological crisis and pivots on a fateful family road trip). By the end, Ross has perhaps taken his characters too far onto the grid.